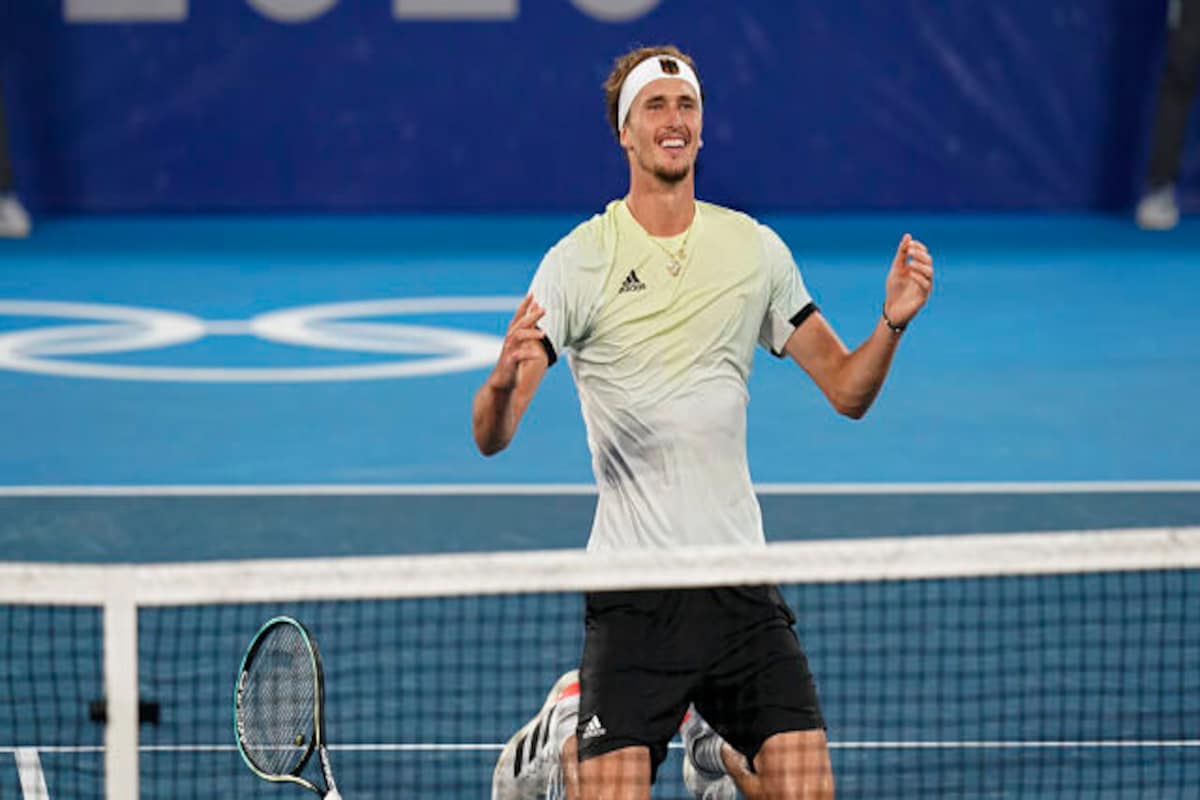 Tokyo: Alexander Zverev followed up his comeback win over Novak Djokovic by winning the gold medal in tennis at the Tokyo Olympics.

The fifth-ranked German overwhelmed Russian opponent Karan Khachanov 6-3, 6-1 on Sunday for the biggest title of his career.

The 6-foot-6 (1.98-meter) Zverev controlled the match with his big serve and a confident two-handed backhand, never really giving the 25th-ranked Khachanov a chance.

Zverev’s previous best performance was reaching the final of last year’s U.S. Open, where he wasted a two-set lead in a five-set loss to Dominic Thiem.

IOC president Thomas Bach watched his fellow German win the title as a group of about 10 anti-Olympic protesters across the street from the Ariake Tennis Park made themselves heard inside Center Court. Play was not interrupted.

It’s been quite a run for Zverev, who also dominated in the final two sets against Djokovic.

Besides serving six aces, Zverev also showed his touch with a delicate topspin lob winner midway through the second set.

Combined with a series of backhand winners from Zverev that landed just inside the lines, Khachanov grew frustrated to the point that he slammed a ball high into the mostly empty stands between serves with Zverev ahead 5-0 in the third.

While the heat was again a factor with the temperature at 90 degrees F (32 degrees C) and a heat index of 99 degrees F (37 degrees Celsius), Zverev finished off the match so quickly — in his 79 minutes — that it wasn’t really a factor.

When it was over — after a big serve out wide on his first match point led to an error from Khachanov — Zverev went face-down on the court and cried.

Zverev joined Steffi Graf as the only Germans to win gold in singles, with Graf having won in 1988 when she achieved the Golden Slam by winning all four Grand Slam titles and the Olympics in the same year.

Djokovic also had a chance at the Golden Slam — until his loss to Zverev.