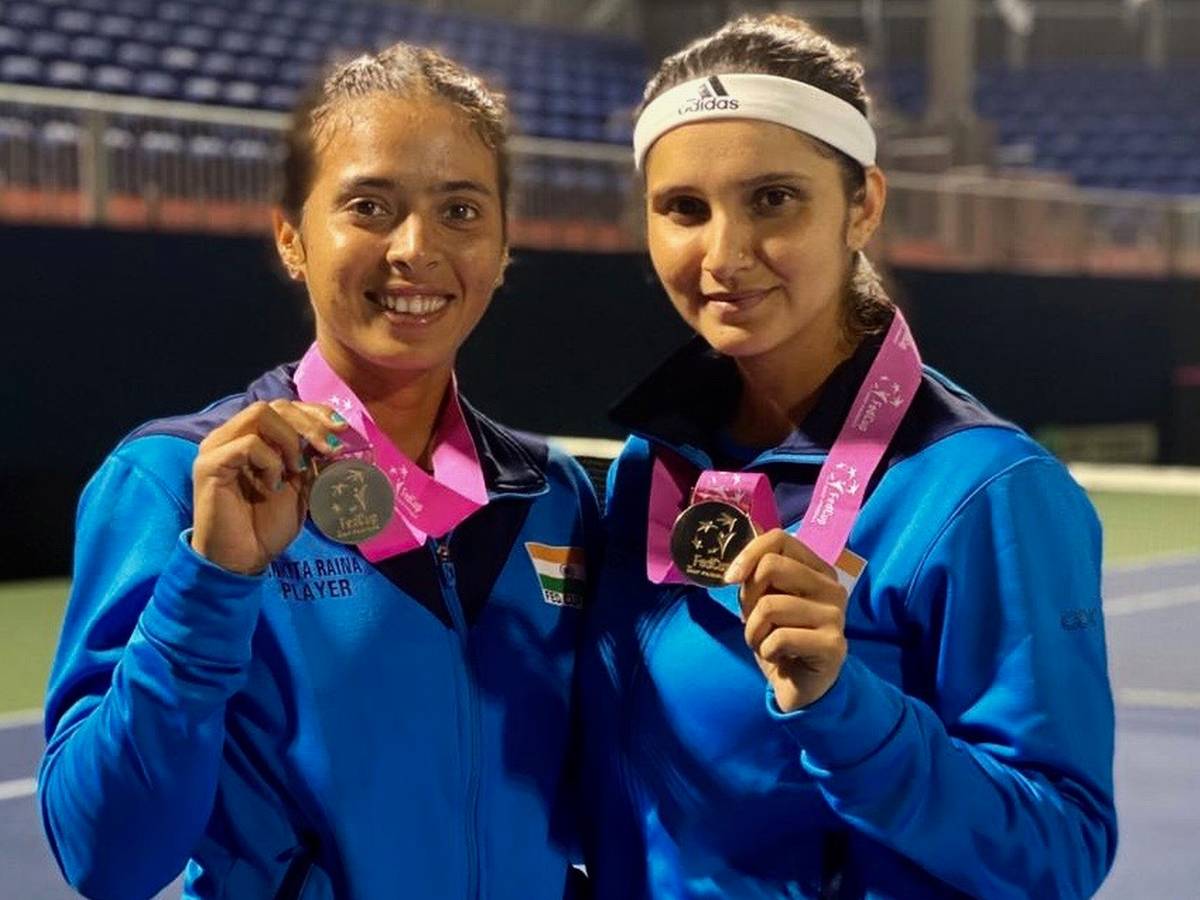 The former Asian Games bronze medallist (singles) is quite excited about the Olympics and shares her thoughts on her prospects and what she is looking for before leaving for Tokyo after training with Sania Mirza at her academy in Hyderabad.

How do you feel about the preparations for the Tokyo Olympics?

There’s a big mix of emotions – excitement, nerves, pride! But I’m determined to focus on the task at hand and give it my best shot. The journey here has been a long one. I’ve always dreamt of it, but it is, of course, no easy feat. The best of the best compete there, and you get a chance only once in four years!

Representing the country at the Olympics is the dream of every athlete and it will now turn into reality for me. I’m excited and really looking forward to it, but I’m also focused on the task at hand. The world’s best athletes are going to be there, and to finish on the podium, I know I’m going to have to play my best tennis ever. That’s what I’m focusing on.

How does it feel to be the first Gujarati female Olympian?

It’s a proud moment for my city, state and of course my family and peers. I am extremely proud and humbled to be able to represent my lovely community and heritage. I believe I am a daughter of India though and I hope I can make the entire country proud!

What has been the focus in the training sessions with Sania in Hyderabad before flying to Tokyo?

We’re continuing to work on building on our partnership and understanding. We’ve played and won together before in the Fed Cup, so we definitely make a good team, but we of course have to keep working and keep moving to win, especially against the best. Preparing for the Olympics requires its own tactics, routines, and planning, and us and our teams have been very focused and dedicated towards that.

What do you feel are your strong points and which areas did you focus in the last few weeks before the Olympics?

I’ll let that be a surprise for my opponents (laughs). But I’m someone who plays aggressively and runs down balls. I’ve been working on my serve and net game which is a process and I feel it’s improved as I’ve had good performances this year.

On the role of sports scientist Krushmi Chheda…

A year before the 2018 Asian Games, my coach told me that we should take help of a nutritionist and it really helped to get my fat percentage down. As she has been a player herself, I was comfortable talking to her about nutrition as well and am still in contact with her. Currently, I work with Pooja Lodha for my nutrition.

About partnering with Sania in such a prestigious event, do you feel there will be some sort of pressure by way of expectations?

It’s of course great to partner with someone like Sania, who has been a role model for me! Watching her, learning from her, and wanting to emulate her, to be representing the country at the Olympics by her side, is extremely motivating.

There of course will be some pressure. It’s natural to have nerves. The best of the best athletes feel it – they just know how to control or play with it better. I’m used to it now. I try to stay in the process, in the present, and that has helped me. Having said that, it’s my debut at the Olympics so I want to be able to give my best and have been preparing for it. But for me, my best has always come when I’ve played for the flag, and this pressure is a privilege!

How significant is it that you are playing with someone like Sania with such vast experience and proven track record at the highest level?

It’s extremely helpful and significant, to be able to learn from her experience and she’s been world no. 1 so I feel that’s always there in the opponent’s mind. As I said, I grew up trying to learn from her, so to be playing with her has been an extremely enriching experience.

What do you feel can be the surprise weapon when both of you enter the field in Tokyo?

I think Sania’s experience mixed with my enthusiasm to prove that I belong here, for my debut, could be a great combination. 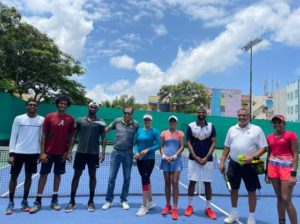 What can be the biggest challenge in your campaign in the Olympics in search of a medal?

We’re up against the best in the world, and I’m sure the challenges will be many, but I think we just have to trust ourselves and keep fighting. Sania has beaten the best in the world, and I’ve had a good season as well, having also won a medal at the Asian games before. So I do believe in my own strengths, and I think we just have to stick to our guns, and we can definitely beat the best.How important is the experience of playing in the Grand Slams before heading into the Olympics?

What is the target in Tokyo?

We obviously want to aim for the best, but it’s important to just take it one match at a time. It’s very easy to get carried away, and that distraction can often be the mistake. So I’m just going to cherish every game there, stay focused, take it one win at a time. The aim is always to bring laurels to the country and a podium finish would be where I would like see us at the end of the games.

How do you feel about taking part in an Olympics without fans?

The fans are the heart of such events so the cheering and atmosphere will be missed.

The Indian fans are absolutely incredible, no matter where in the world you go, and I’m always extremely thankful to have them in our corner! The support I’ve seen over the years, I’ll keep it with me, and try to give them something to cheer for from home.

Sania Mirza ‘proud’ on competing in 4th Olympics: Could have only dreamt of this at beginning of my career
India’s Sumit Nagal To Face Denis Istomin In Opening Round At Tokyo Olympics