To The Love Of My Life: Wasim Akram Turns 55 And Wife Shaniera’s Wish Is Winning The Internet 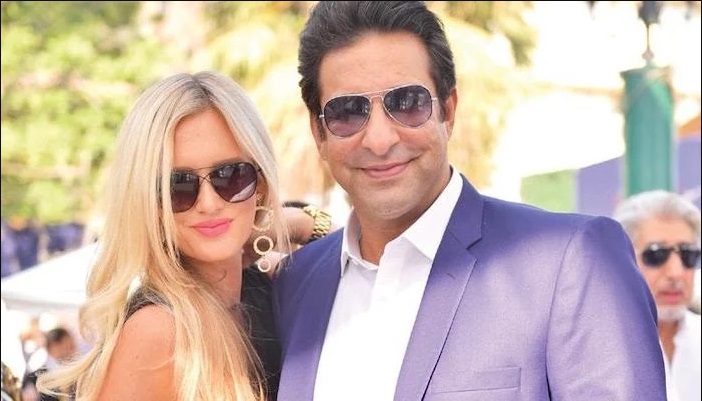 Legendary Pakistan fast bowler Wasim Akram is celebrating his 55th birthday on Thursday. On the special occasion, several past and present cricketers extended their greetings to the ‘Swing King of Pakistan’. However, one wish that stood out from the plethora of messages on social media came from his wife Shaniera Akram. Shaniera on Thursday used Twitter to express how grateful she is to have Wasim Akram in her life. She wished Akram on his special day by posting an adorable snap of them sharing a beautiful moment. “Happy birthday to the love of my life. A man that proves that age really is just a number,” the caption read.

Happy birthday to the love of my life!
A man that proves that Age really just is a number! 😘 @wasimakramlive #HappyBirthdayWasimAkram pic.twitter.com/PbM0jj2EjT

Veteran Pakistan pacer Waqar Younis extended his unique birthday wish by sharing a caricature of them. “Many happy returns of the day, Partner. Live long, live happy and live healthy,” the post read.

The International Cricket Council (ICC) celebrated the occasion by sharing a short clip from the 1992 World Cup final between Pakistan and England. Akram picked three wickets in the match as Pakistan defeated England to take the WC trophy home. “Birthday boy, Wasim Akram took 916 international wickets for Pakistan. Three of his most important came in the 1992 Cricket World Cup final,” it read.

Three of his most important came in the 1992 @cricketworldcup final. pic.twitter.com/1mMeoqEDmr

Akram has bagged four hat-tricks in international cricket. He has picked 414 and 502 wickets in Tests and ODIs from 104 and 356 games, respectively.

The biggest moment in his career came in 1992 when Pakistan lifted their first-ever World Cup trophy under Imran Khan’s captaincy.

ICC T20 World Cup: Oman ready to host T20 World Cup ‘if given opportunity’
Dinesh Karthik Reveals Pat Cummins “Himself Said That He Will Not Come” For IPL 2021 In UAE