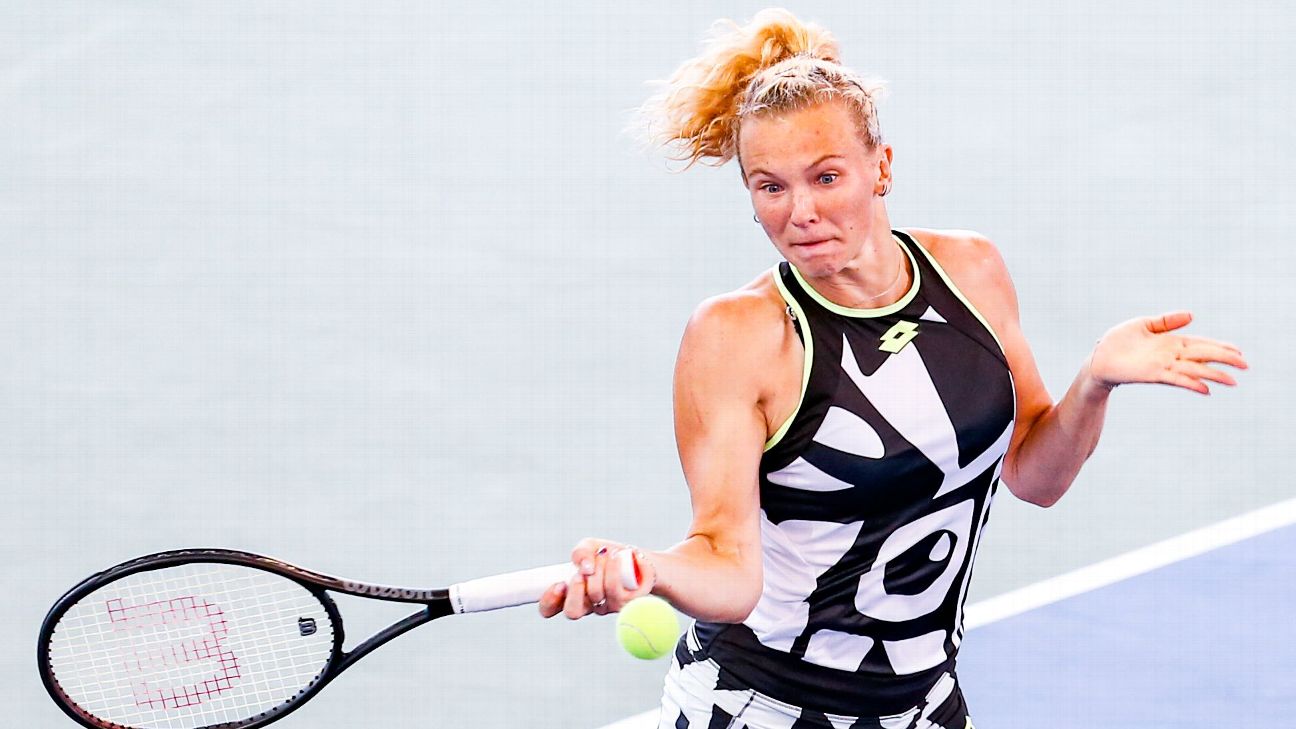 Frances Tiafoe followed his victory over three-time Grand Slam champion Andy Murray by beating Thiago Monteiro 7-5, 7-6 (2) on Wednesday night in the third round of the Winston-Salem Open.

The 23-year-old American, ranked No. 51 in the world, won the first set by breaking Monteiro in the 12th game. He nearly did it again in the second by winning the first two points on Monteiro’s serve, only to have Monteiro respond with back-to-back aces to ultimately force the tiebreak.

Once there, Tiafoe jumped to 2-0 and 5-1 leads to take control on the way to winning a match after holding serve throughout.

That came one day after Tiafoe saved three set points in the first set on the way to beating Murray 7-6 (4), 6-3.

Siniakova advances into Tennis in the Land quarters

Olympic doubles champion Katerina Siniakova of the Czech Republic cruised into the quarterfinals at Tennis in the Land with a 6-0, 6-0 victory over Nagi Hanatani of Japan on Wednesday.

The 53rd-ranked Siniakova only surrendered four points in her six service games and limited Hanatani to 14 total points in the 45-minute match. It was the first scoreless sweep at the WTA 250 tournament, which was delayed by rain throughout the day.

“Everything was going in and everything was there for me,” Siniakova said. “I was really happy with this one because I didn’t know anything about her, so I was looking her up on the internet. I thought I played really well.”

Siniakova and Barbora Krejcikova became the first Czech doubles team to win gold at the Olympics earlier this month in Tokyo. The three-time Grand Slam champions also won the French Open this year.

The 5-foot-9 Siniakova received a standing ovation from the fans at Jacobs Pavilion when introduced as a gold medalist. She beat eighth-seeded Shelby Rogers in the first round and will face second-seeded Anett Kontaveit of Estonia in the quarterfinals.

“The most special part of this is we can play again in front of you guys,” Siniakova said, waving to the crowd. “It’s been rough for a while (because of COVID-19 restrictions), but the atmosphere is getting better and better at tournaments.”

“I was consistent, I was brave and I really enjoyed myself today,” Kontaveit said.

No. 402 Hanatani made her WTA debut at the tournament as a lucky loser, winning her opener when Anna Blinkova retired after one game.