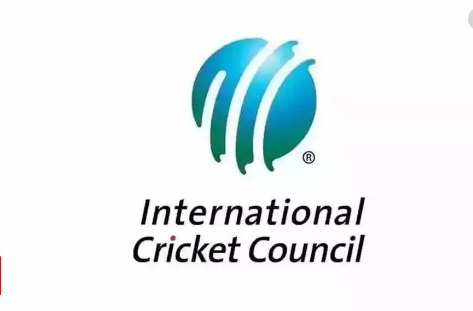 Three T20 World Cup sub-regional Europe Qualifiers, pathway tournaments to the 2022 men’s showpiece event in Australia, have been canceled due to COVID-19, the governing body ICC said on Friday.

Finland was set to host their first ICC event with the Sub Regional Europe A and B qualifiers starting next month.

The Europe B Qualifier, involving the hosts, Germany, Gibraltar, Greece, Guernsey, Hungary, Luxembourg and Sweden, was due to be hosted between June 30 and July 5.

The A qualifier was scheduled to start three days later with Bulgaria, Cyprus, France, Israel, Italy, Malta, Norway, Spain all competing until July 13.

The Europe C qualifier which Belgium was due to host between July 5 and 10 involved Austria, Belgium, Czech Republic, Denmark, Isle of Man, Portugal, Romania, Serbia.

“We have unfortunately had to cancel the three T20 World Cup Sub Regional Europe Qualifiers due to start next month as a result of the COVID-19 pandemic,” ICC Head of Events, Chris Tetley said in a statement.

“…due to COVID-19 restrictions and the short timelines that the European season provides to allow us to progress with the next step in the pathway, there has been no other option than to cancel.

“I would like to thank Cricket Finland, the Belgium Cricket Federation and all participating Members for their collective support in coming to this decision.”

Italy, Germany, and Denmark will now qualify from the Europe sub regional qualifiers A, B and C respectively determined by their position in the ICC T20I Team Rankings as on April 30, 2020.

They will now join Jersey in the T20 World Cup Europe Qualifier scheduled to take place in Spain between October 15 and 21, 2021 with two qualifier spots up for grabs in the A or B global qualifiers.

Two other events in the 2022 T20 World Cup pathway have also been postponed.

The T20 World Cup Americas Qualifier, due to be hosted in Canada between July 17 and 23, involving the hosts, Argentina, Bahamas, Belize, Bermuda, Cayman Islands, Panama and the USA, has been postponed due to government and travel restrictions.

New dates and host country will be confirmed in due course.

The Asia B Qualifier, involving Bhutan, China, Malaysia, Myanmar, Hong Kong and Thailand, due to be hosted in Malaysia between July 11 and 17, has also been postponed.

It is now scheduled to be played between November 9 and 15 in Malaysia. The decision was taken to postpone due to extensive quarantine requirements in Malaysia and for the visiting teams on their return to their respective countries.

Bhutan, China, Hong Kong, Kuwait, Myanmar, Nepal, Malaysia and the UAE are all set to compete, with the date change allowing Malaysia to host both events back-to-back.