This will be the first Champions League season without a Messi or Cristiano Ronaldo side in the quarter-finals since 2004/05. 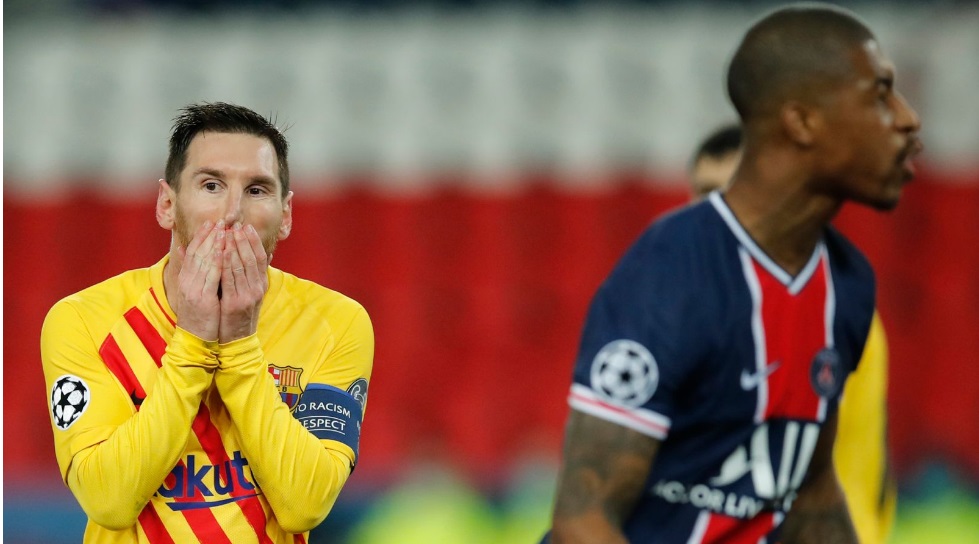 Lionel Messi scored one stunning goal but then had a penalty saved as Barcelona failed in their attempt to produce a second Champions League comeback for the ages against Paris Saint-Germain on Wednesday, a 1-1 draw taking the French side through to the quarter-finals 5-2 on aggregate. Kylian Mbappe netted a hat-trick as PSG stunned Barca 4-1 in the first leg last month, and he extended their advantage in this last-16 tie by netting a first-half penalty in the second leg to put last season’s runners-up ahead on the night.

But Messi made it 1-1 with a ferocious strike from 30 metres and the Argentine had the chance to put the visitors ahead after Antoine Griezmann was fouled in the area, only for the outstanding Keylor Navas to tip his spot-kick onto the bar.

It is the first time they have gone out before the quarter-finals since 2007 and, after Juventus were knocked out on Tuesday, neither Messi nor Cristiano Ronaldo will feature in the last eight for the first time since 200.

Barcelona have been a club in crisis for some time but they have a new president in Joan Laporta, who will hope to restore calm at boardroom level, and they can still hope to finish the season strongly domestically.

Meanwhile PSG are safely through to the quarter-finals as they look to go one better than last season and win the Champions League for the first time.

They will feel this tie marks another step forward in their quest to become Europe’s dominant force, after three defeats at Barcelona’s hands in knockout ties since the Qatar Sports Investments takeover of a decade ago.

Just for a moment in Paris on Wednesday evening, there was a flicker of hope that the old magician might conjure up one more remontada for the road. A fierce shot from distance pulled one goal back. A penalty award soon after offered the chance of a second.

But that spot-kick was saved and with three goals still needed to have any hope of keeping Barcelona in a competition that Messi has won four times, they could not score one. Kylian Mbappe goes through. Messi joins Cristiano Ronaldo on the outside looking in.

It feels like a neat transfer of power on a night when Mbappe broke Messi’s record as the youngest player to score 25 Champions League goals. Erling Haaland had become the fastest to reach 20 of them as Ronaldo’s exited with Juventus. Power shift confirmed.

PSG survived a first-half onslaught from Barcelona, where Lionel Messi scored but missed a penalty, to draw 1-1 and progress 5-2 on aggregate in the Champions League.

Man of the match: Keylor Navas

Neymar Loses Battle To Be Fit For PSG’s Barcelona Showdown.
Recovering Neymar ruled out of Cup game against Lille