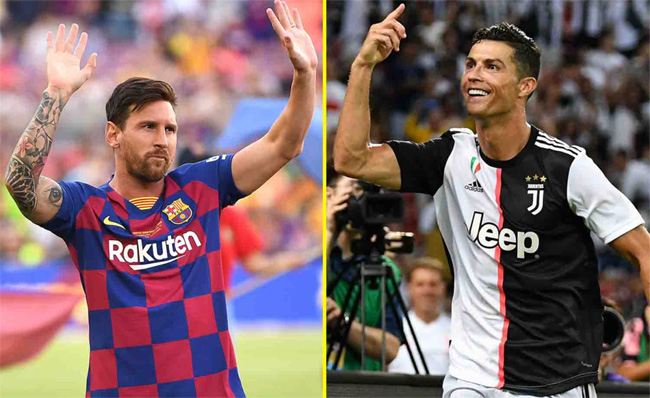 Two of the world’s most followed footballers, Lionel Messi and Cristiano Ronaldo, have grabbed the year-end headlines once again. According to an astounding statistic, Messi and Ronaldo are set to end this calendar year as the top scorers of 2021 for their previous clubs Barcelona and Juventus, respectively, despite leaving them in the summer. This year brought about a life-altering transfer for Messi, who left Barcelona after a span of 21 years, having played 16 straight seasons in the top flight. He went on to join French giants Paris Saint-Germain (PSG) this year in August at the age of 34.

However, before leaving Barcelona, Messi had already scored 28 goals in 2021 before his club contract expired which is yet to be matched or overhauled by any Barcelona player.

Messi, who won his seventh Ballon d’Or crown this year, had a memorable year for his national team as well, lifting his first major trophy with Argentina in the Copa America.

Ronaldo, on the other hand, made a much-hyped transfer to his former club Manchester United from Juventus exactly three weeks after Messi’s move.

However, despite the move, Ronaldo’s calendar-year goal tally for the Italian side was still unmatched after Juventus’ last game of the year, as he ended with 20 goals in all competitions for them.