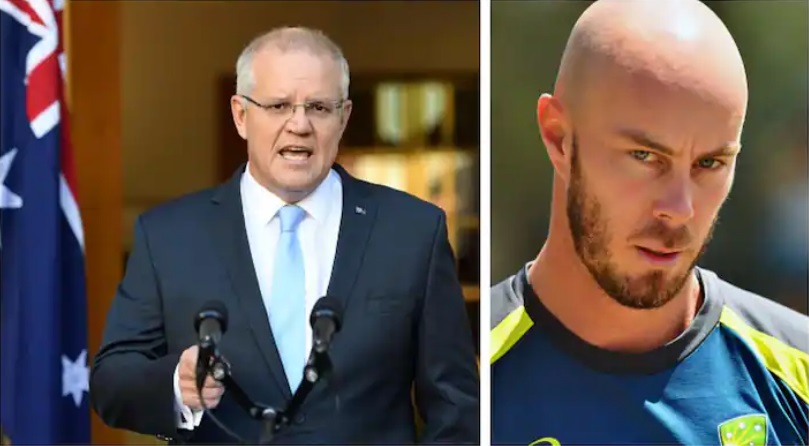 Australia PM Scott Morrison’s announcement came after Australia batsman Chris Lynn, who represents the Mumbai Indians in the IPL, had requested chartered flights for the cricketers to return home after the 14th edition of the tournament gets over.

Australia Prime Minister Scott Morrison said there would be no special arrangement to bring back the cricketers currently in India taking part in the Indian Premier League (IPL 2021). The PM’s announcement came after Australia batsman Chris Lynn, who represents the Mumbai Indians in the IPL, had requested chartered flights for the cricketers to return home after the 14th edition of the tournament gets over.

PM Morrison, who announced that Australia has suspended direct passenger flights from India until at least May 15 on Tuesday keeping the Covid-19 situation in mind, was asked about the Australian players currently playing for different franchises in the IPL.

“They (cricketers) have traveled there privately under those arrangements, this wasn’t part of an Australian tour,” Morrison said according to news agency AFP.

“They are under their own resources and they’ll be using those resources, I’m sure, to seek to return to Australia in accordance with our own arrangements,” he added.

India has been ravaged by a record-breaking wave of Covid infections in recent weeks, with exponential growth in cases and deaths overwhelming hospitals.

Three Australian – Andrew Tye (RR), Adam Zampa and Kane Richardson (RCB) cricketers have already left the IPL, the world’s richest Twenty20 tournament, which is taking place in biosecure conditions behind closed doors in six cities until the end of May.

India star Ravichandran Ashwin also withdrew to support his family as the country staggers under 350,000 new infections and almost 3,000 deaths each day.

Highlighting the conditions in India, Australia’s David Warner posted a picture on Instagram of himself and New Zealand captain Kane Williamson in blue protective suits and masks on a flight to Delhi.

“I know there are people worse off than us… We are not asking for shortcuts and we signed up knowing the risks,” Lynn said. “But it would be great to get home as soon as the event is over.”