There is no comparison between Virat and Sachin’: Yousuf rates Kohli, Tendulkar 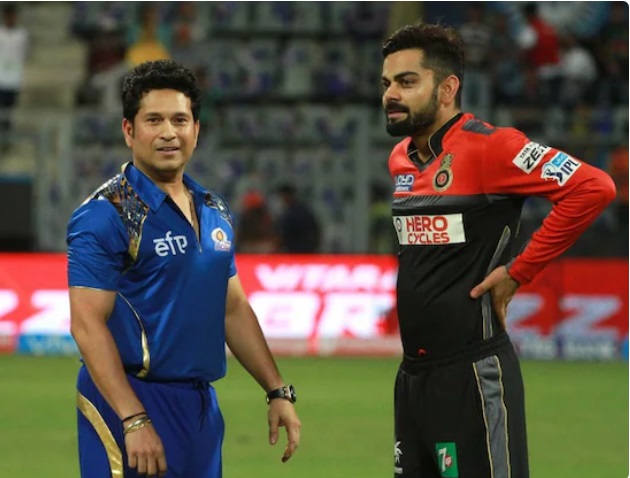 The debate surrounding the comparison between Sachin Tendulkar and Virat Kohli is proving to be a never-ending one. Tendulkar and Kohli have the record to show that they have been the best Indian batsmen of their respective areas, and while the former batsman holds almost every batting record that there is, Kohli has carved his own path in terms of being the greatest Indian batsman of the current generation.

Former Pakistan batsman Mohammad Yousuf, who played a lot of cricket against Tendulkar, has rated both stars of Indian cricket, and while he is all praise of Kohli, Yousuf feels Tendulkar belongs to a different class altogether.

“He (Kohli) has done it and no matter how much we praise him it’s less. But at same time, I think there is no comparison between Virat and Sachin. Tendulkar was a different class altogether. He scored 100 international hundreds and keep in mind the era he played in and the bowlers he played against,” PTI quoted the former Pakistan batsman as saying in an interview.

However, having said that, Yousuf has no shortage of admiration for Kohli, saying the India captain is at a stage in his career from where he can go to achieve more greatness in his career. Kohli is one of the top batsmen in the world, right up there with the likes of Kane Williamson, Babar Azam and Steve Smith and Yousuf expects him to achieve a lot more before he’s done.

“Kohli is only 32 and this is the age at which top batsmen hit prime and it is only a matter of time before he starts getting hundreds again. To achieve what he has already achieved is formidable and to me, scoring 70 Test and One-day International hundreds (by Kohli) is extreme,” the former Pakistan batsman explained.