The World Test Championships that never were: Stats and Takeaways 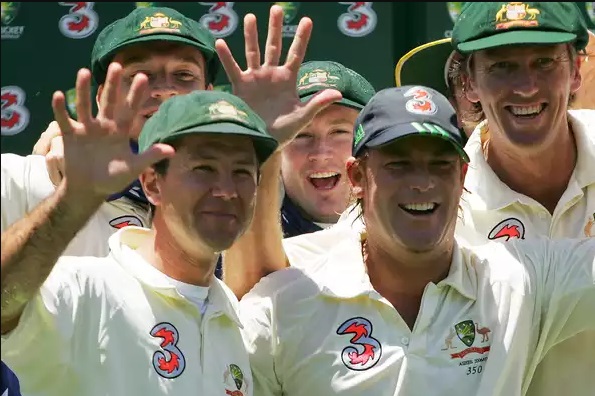 In Part One of our thought-experiment – “What if there had been a World Test Championship (WTC) for all of the modern, post-Packer cricket?” – we set out the methodology (how to divide up the historical sequence of bilateral series, and what to do with one-off games, duplicated series and so forth) and examined the first five hypothetical WTC cycles. In Part Two, we looked at the final six alt-history WTCs, bringing it up to date.

Reverse-engineering history is difficult, and the conclusions from this thought-experiment are therefore semi-arbitrary, although not entirely so. As explained in Part One, there is a logic to the way the linear chronology of series has been divided into WTC cycles – essentially, ensuring the maximum spread of series while mindful of minimising the number of duplicate series (same teams, same country), which, where possible (the sum total of games being six or fewer), have been consolidated or combined into de facto single series, if only to ensure that all matches count and one is not forced to make an even more arbitrary choice between duplicate series. Where the sum of games in such duplicate series was greater than six, we took the longer series (this only applied to Australia vs Pakistan in WTC1). Where the duplicate series were of the same length and yet greater than six matches in total, we only counted the first series (this only applied to England vs West Indies in WTC3 and England vs Australia in WTC10).

The only possible ‘optimal rationalisation’ of this would need a WTC already in place, in which ICC mandates the everyone-plays-everyone structure. FTP schedules would certainly be different given such incentives for the ‘big countries’ to play the supposed weaker teams. As it was, Sri Lanka, then Zimbabwe, then Bangladesh had to work hard for matches against the established powers – especially for more than one-off games – which inevitably leaves a few gaps, or ‘missing series’ in the schedules. Such are the limitations of the exercise, the demands of being faithful to reality. In most instances, they had little or no bearing on the league table for each WTC cycle.

As would be expected, Australia dominates the alt-history WTC, winning the round-robin stage on six of eleven occasions (the others were West Indies with three and Sri Lanka and India with one apiece). Australia twice came runners-up, too, meaning they made eight out of the eleven finals, as well as two third-place finishes. They have never finished below England.

However, of those eight finals – and this is where a degree of artistic licence enters the picture (albeit not entirely untethered to venue location and recent form against their opponents) – only four were won, with consecutive defeats to Sri Lanka (in Dhaka), South Africa (at Lord’s) and the mercurial, unpredictable, anything-can-happen, odds-upsetting Pakistanis (Auckland) and a draw with West Indies in WTC that allowed the former to win the title by virtue of having topped the league stage. It was their third straight title.

Pakistan have had three final appearances – behind only Australia, West Indies and South Africa – with two more third-place and two fourth-place finishes from their ten WTCs. (They were suspended from WTC8 mid-competition after the Lahore terror attack prevented them from playing more than half of the other nations in the cycle. Their home series against New Zealand in WTC6 was also excluded after it was truncated in the wake of a bombing. However, New Zealand against Bangladesh in 2018, which had its last match cancelled after the Christchurch shooting, was included as is, with the cancelled game deemed a draw, since NZ had already won the series, and already won a two-match series at home to Bangladesh 2-0, so a cancellation would have helped New Zealand – and lowered Bangladesh’s points haul – giving them a 120/0 split rather than 104/8 from the five-match ‘combination series’.)

Six times out of ten times Pakistan finished above India, and they have a better “average finishing position” (AFP) ranking – second only to Australia, in fact. However, India’s average Points Per Series (PPS) across the WTC cycles is superior to their neighbour’s: 56.31 plays 55.02.

West Indies’ early dominance – only two series lost in the first four WTCs – and subsequent decline sees their AFP ranking come in at a surprisingly high sixth position (above England, New Zealand, Zimbabwe and Bangladesh respectively), despite them not finishing above seventh in the most recent seven WTCs (eighth on five occasions). However, famine now outnumbering feast, their PPS average across the cycles (47.55) is lower than both New Zealand’s (48.44) and England’s (52.47).

England’s performance is generally in line with what the perception would be: dire in the 1980s and 1990s, revolving-door selection and a dearth of genuinely great players, before the slow upturn under Nasser Hussain and subsequent potency under Michael Vaughan – 12 series played in WTC7: eight wins, two draws, two losses, and a sole WTC final reached – and then Andrew Strauss, a journey to No1 in the ICC rankings, but no place in the final in WTC9.

Bangladesh – against whom England had two 2-0 wins in the cycle – only played four of nine countries in two-match series and hence were excluded from the WTC calculations (there were one-off Tests against Zimbabwe, also excluded, and New Zealand). This was probably the most contentious call throughout the exercise: with Bangladesh in – and it would only have taken one more Test against NZ – England’s PPS would have gone up by a whopping 10.26. They had a series record of 6-1-2 in the cycle (a 3-0 loss to Pakistan in UAE hitting them hard), but then neither Australia nor South Africa played Bangladesh at all, while India played them only once. These are unavoidable snags.

That same cycle, Australia had a series record of 6-3-2 and South Africa 4-5-0 (one of only four unbeaten cycles by anyone, their second, with West Indies responsible for the others), which hints at England’s main problem in general: when they lose, they lose bad. There were the ‘blackwashes’ of the 1980s against West Indies; a 4-0 loss in India last time out; and 5-0, 5-0 and 4-0 in three of the last four Ashes in Australia.

Hence the somewhat unusual fact that England’s series win percentage – both within the WTC parameters created in this exercise and across all series since 1 January, 1980 (including one-off Tests, ‘combined series’ broken into constituent parts, and excluded series against countries that don’t meet the criteria) – is the third highest of any nation, behind only South Africa (who top both lists) and Australia, and ahead of the three Asian countries sitting directly above them in the average PPS chart.

India scores 56.31 PPS while winning 42% of its series, while England score 52.47 PPS in the WTC parameters and yet win 44.14% of their 111 series. Sri Lanka win ‘only’ 38.3% of their WTC series, almost 6% less than England, and yet score 1.17 PPS more on average (and yes, this is despite only coming into being as a Test nation during the inaugural WTC, which they didn’t compete for). They were the first Asian side to lift WTC, too, during the WTC when they were attacked in Lahore, when they had a series record of 5-2-1, albeit without any fixtures against South Africa, who scored only 4.6 PPS fewer.

A word on South Africa, lazily saddled with a ‘chokers’ tag in white-ball cricket yet phenomenally consistent in red-ball cricket since their readmission almost 30 years ago. As well as the highest series win percentage numbers – both inside WTC parameters and across all series – and the two WTC cycles they went through unbeaten, there has only been a single WTC cycle in which they have lost more series than they won (WTC7: 4-1-6). And yet, their AFP rank is below Pakistan’s (they finished fifth in their first WTC cycle, despite not losing a single series!).

New Zealand have only lost more series than they won in four of the 11 cycles (although one of them was 0-1-9 and another 0-1-5), which indicates that their problem has been similar to England’s: defeats that were too heavy; no damage limitation. They are the only major nation never to have reached a final (here excluding a fast improving Bangladesh and a Zimbabwe side whose steadily increasing competitiveness of the late-1990s was hacked away amid impoverishment and mismanagement), with a best of third, achieved once, in WTC5. The closest they came in points terms was WTC1, when they beat West Indies at home and finished fourth, but missed out by 3.71 PPS: effectively, drawing a game with Pakistan that they lost to create the points swing.

It was perhaps surprising to see India fail to reach a single final until WTC11. In the second half of Sourav Ganguly’s captaincy, working mainly with John Wright, they had a 5-5-1 record in WTC7, but only finished fourth, as they would over the next two cycles (with records of 5-1-3 and 5-3-2). Virat Kohli’s leadership, improved fielding and an enviable group of quicks to give them more potency on the road has given them an extra edge.

But it is Australia that set the benchmark, largely thanks to the truly outstanding team of the mid-90s to mid-noughties. Their series record from WTC5 to WTC7 was an awesome 36 played, 28 won, 3 drawn, 5 lost. In the most recent two, it is a more human 11-1-10, which should bring a smile to everyone else’s faces.