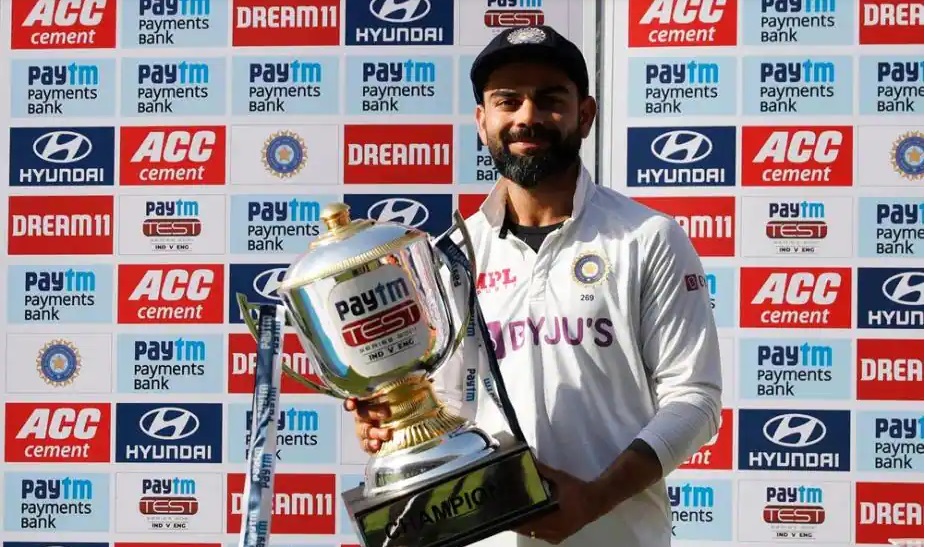 The ICC World Test Championship final will not be played at Lord’s, with the ICC planning an alternate venue in England due to the ongoing pandemic according to a report in Times of India. India are set to take on New Zealand in the final from June 18. “The venue will be announced soon. Lord’s is not the venue ICC is planning for. ICC will be advised by the England and Wales Cricket Board and its own medical health professionals to decide on the venue for the final. There could be a case of creating a similar bio-bubble as the ECB had for the last home summer,” the newspaper quoted an ICC source as saying.

With an innings and 25 run win over England earlier in the day, India had sealed a place in the much-coveted World Test Championship final where they take on New Zealand in Lord’s on June 18. India’s win over England was another come-from-behind win for Kohli and his men. They lost the first Test in Chennai and made quite an effort to win back-to-back Test matches. The series ended with a scoreline of 3-1 in India’s favour.

5 Indian players who may miss out in the World Test Championship (WTC) final playing XI against New Zealand :

Team India scripted a memorable victory against England in the four-match Test series by 3-1 by winning the final Test by an innings and 25 runs at the Narendra Modi Cricket Stadium. With this victory, India also managed to book a berth for themselves in the final of the inaugural edition of the World Test Championship against New Zealand at the Lord’s Cricket Ground.

While the excellent performances ensured that India have competent bench strength in the purest format, it also adds to the confusion of the team-management on whom to select for the playing XI of the World Test Championship final. There are chances that some star Indian players might miss playing the final despite delivering some extraordinary performances.

This had resulted in Shardul Thakur playing his second Test match after making his Test debut for India on October 12, 2018, against West Indies. Shardul delivered a phenomenal performance in Australia as he ended up with 7 wickets across two including a three-wicket haul in the first innings followed by 4 scalps in the second.

This was just a start for Axar as playing in his home ground in Ahemdabad, the local boy gave nightmares to the visiting England team and returned with a whopping 11 wickets including two five-wicket hauls in the pink-ball Test. This also resulted in Patel earning his maiden Man of the Match award. All in all, after the fourth Test, the 27-year-old has 27 wickets under his belt in three fixtures.

Along with picking four wickets across two innings, he returned with scores of 62 and 22. This resulted in Sundar playing three games out of the four Test matches against England in India. The 21-year-old was again at his fluent best throughout the series. He was the main man alongside Rishabh Pant behind India’s victory in the last Test as he played a sublime knock of 96* runs to take the team over the finishing line.

The Meerut stalwart has the ability to make the world sit up and notice his talent and skillset. Since his Test debut in 2013 against Australia, the 31-year-old has represented the Men in Blue in 21 Test fixtures scalping a whopping 63 wickets at an economy rate of 2.94 and an average of 26.1.However not playing a Test match since January 2018 has resulted in Bhuvneshwar fading away from the minds of selectors and the captain.