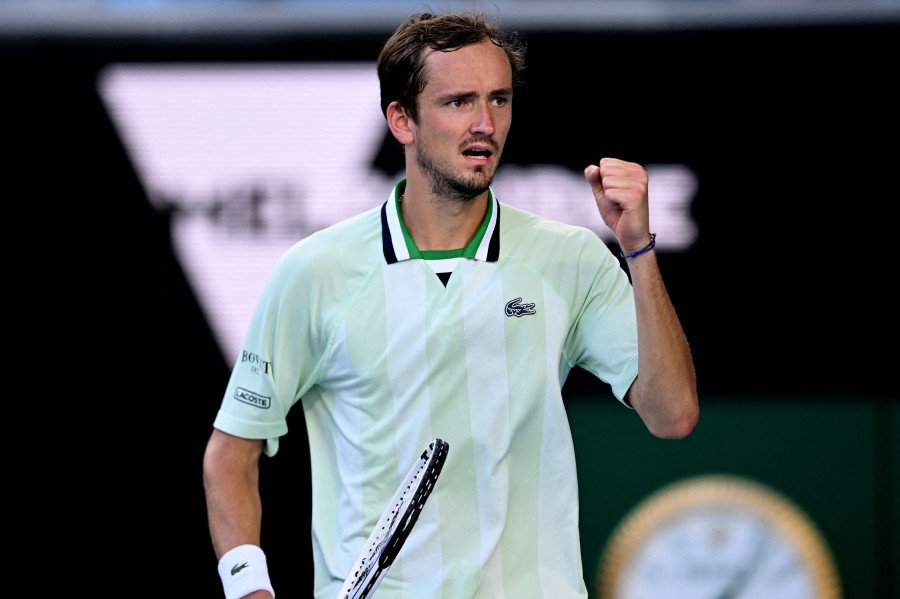 World number two Daniil Medvedev lost his cool in the heat of a testy four-set battle to reach the quarter-finals at the Australian Open on Monday. The Russian sought a medical timeout to have his lower back massaged and had some heated exchanges with the chair umpire before seeing out a 6-2, 7-6 (7/4), 6-7 (4/7), 7-5 win over American Maxime Cressy in 3hr 30min on Margaret Court Arena.

It is Medvedev’s second straight quarter-final appearance in Melbourne where he will face Canada’s ninth seed Felix Auger-Aliassime, who got past former finalist Marin Cilic of Croatia in four sets.

“It was long and it was not easy, the scoreline apart from the first set were all tough sets and if I didn’t win the fourth set I would have been in a tough mental shape,” Medvedev admitted.

“I had so many break points in the fourth set, I just wanted to make one.

“I definitely had some break points where I could have played them a little bit better.

“He still gave me the chance to be in that game, but it was a hell of a match.”

It was Medvedev’s biggest challenge so far in the opening major of the year and a combination of Cressy’s big serving and the intense heat caused the Russian to lose his composure.

Both Medvedev and Cressy showed the effects of Melbourne’s brutal heat with both calling for the trainer during the match to patch up and keep going.

An irritated Medvedev also clashed with the chair umpire over the time Cressy was taking with his serves and arguing that he should have been given a time violation during a crucial stage of the fourth set.

Medvedev, the runner-up a year ago, is the favourite in the absence of deported defending champion Novak Djokovic.

He is looking for back-to-back Grand Slam crowns after beating the 20-time Grand Slam champion in the US Open final.