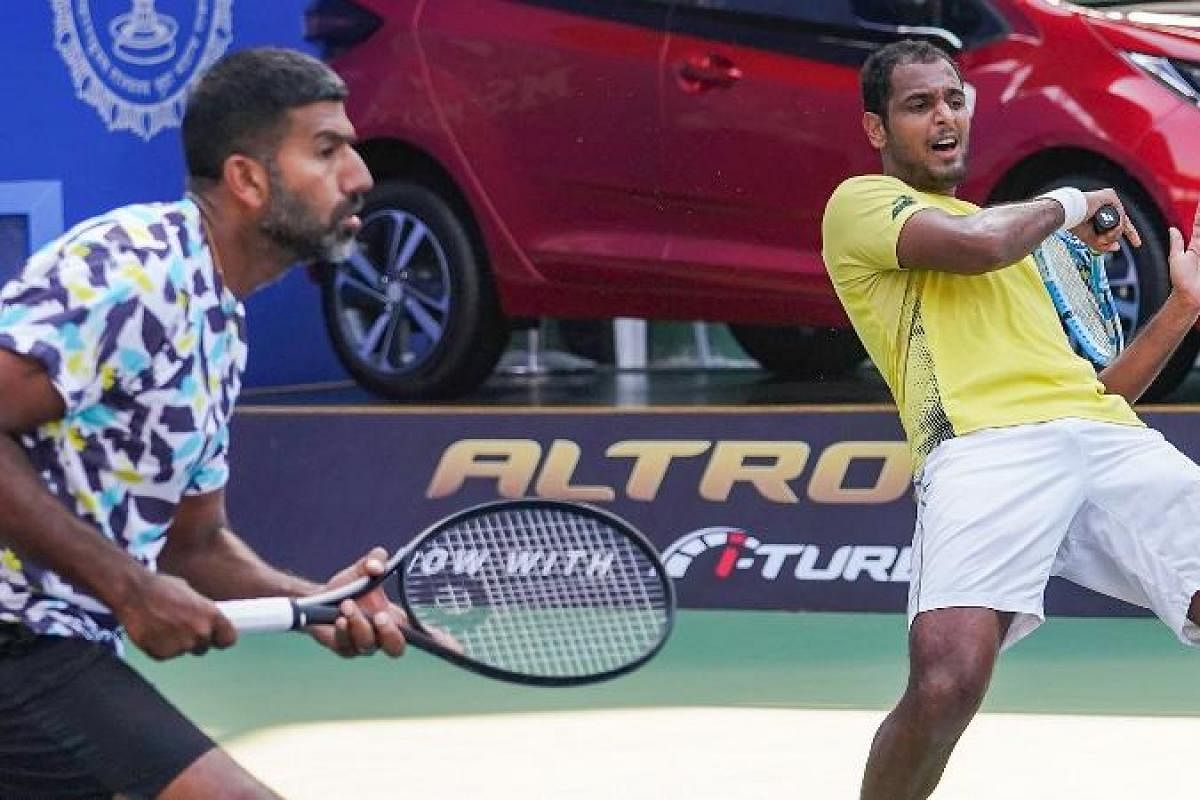 Pune: India’s Rohan Bopanna and Ramkumar Ramanathan won their second ATP World Tour title together after pipping the top seeded Australian pair of Luke Saville and John-Patrick Smith in the final of the Tata Open Maharashtra, here on Sunday.

Bopanna and Ramkumar combined as a team on the ATP Tour for the first time at the Adelaide event last month in the run-up to the Australian Open and won the trophy.

For Bopanna, it was his 21st ATP doubles title while for Ramkumar it was second trophy at this level and it will push him inside doubles top-100 for the first time in his career.

Bopanna had won this event with compatriot Divij Sharan in 2019.

Big serves marked the beginning of the contest with only Ramkumar and Luke losing a point each in the first four games.

Bopanna’s volley error on a return from Luke made it 30-all in the fifth game but Ramkumar pulled off an ace and followed that up with another huge serve to hold for a 3-2 lead.

The Indian team had got a chance to break Patrick-Smith’s serve in the next game when Luke made an error while attempting an overhead volley at 40-30 but the opportunity could not be utilised as the Australian pulled of a big serve on the deuce point.

The Australians also created break opportunity on Ramkumar’s serve in the ninth game when they found two service return winners and the Indian serving a doubler fault at 40-30 but the home team managed to hold.

A comfortable hold at love by Patrick-Smith made it 5-5.

Eventually a tie-break was required for deciding the first set. Both the teams had a number of set points as the Indians squandered two chances and the Australians three before converting their fourth.

They got the chance when Bopanna made an unforced error at 10-all and Ramkumar netted a forehand on set point.
In the second set, the Indian duo needed a good start and they got it by breaking Luke’s serve in the third game when the Australian made a volley error on deuce point.

Bopanna saved a break chance on his serve in the next game to keep their nose ahead. Patrick-Smith was serving to stay in the set in the ninth game and was broken to allow the Indian team force a Super Tie Breaker.

At 30-all, an engrossing rally ensued between the two pairs. Luke blinked to give Indian first set point which they converted when Bopanna dispatched a volley winner with ease.

Bopanna and Ramkumar dominated the STB to secure the title.