Tarak Sinha, one of India’s most respected cricket coaches, passes away 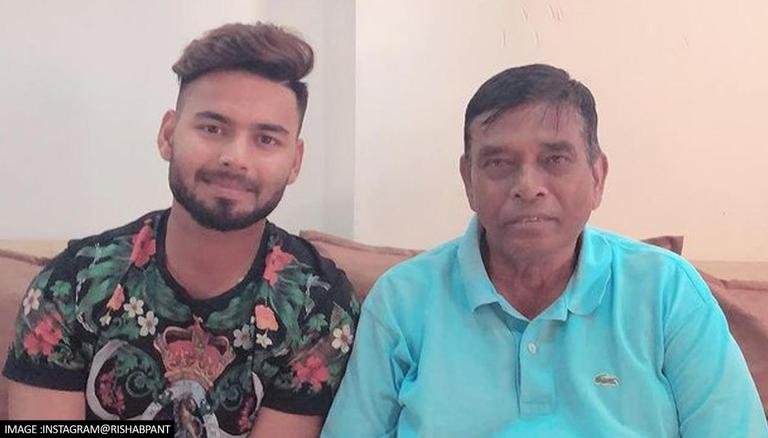 New Delhi: Tarak Sinha, the Indian coach with most number of international and first-class cricketers as his disciples, died on Saturday morning after a prolonged illness. Sinha was 71.

He was a bachelor and is survived by his sister and hundreds of students and well wishers, whose lives became better due to his positive presence.

Sinha was a father figure in Delhi’s famous Sonnet Club, which has produced some of the country’s finest cricketers, who ruled domestic and international cricket.

“It is with heavy heart we have to share this tragic news of Shri Tarak Sinha, the founder of Sonnet Club, has left us for heavenly abode at 3 am on Saturday after a brave battle with lung cancer for two months,” the Sonnet Club said in a statement.

“Ustad ji”, as his disciples reverentially referred to him, was not a grassroots level cricket coach. In nearly five decades, he nurtured, groomed and managed raw talent and through his club gave them a platform to perform and wings to fly.

That’s the reason why some of his most distinguished students (they don’t want to be named) were keeping a tab on his health and making necessary arrangements till his last day.

His longtime assistant Devender Sharma, who has actively coached the likes of Rishabh Pant, was by his side.

Just have a look at the names and one would know why conferring him with a lifetime Dronacharya Award as late as 2018 was a sacrilege.

Then there were the domestic heavyweights like KP Bhaskar, the batting mainstays during the mid 1980s to early 90s.

The post-90s was the time he produced some of his better international players, which included Aakash Chopra, women cricketers including former national captain Anjum Chopra, all-rounder Rumeli Dhar along with pacer Ashish Nehra, Shikhar Dhawan, and possibly one of the brightest stars of Indian cricket, Rishabh Pant.

There were a lot of coaches across India but very few was like Ustad ji who was a true blue talent scout.

The BCCI never used his expertise save once when it appointed him as the women’s national team coach. Then, he worked with a very young bunch of players that had Jhulan Goswami, Mithali Raj in its ranks.

For Sinha, Sonnet was family. Such was his devotion to cricket that he never thought of getting married.

In his mind it was always about unearthing the next best talent and seeing him in India colours.

Another aspect of his coaching was that he would never ever let any student ignore his academics.

Any student who would turn up for training during his annual school or college exams would be sent back immediately and not allowed to practice till exams are over.

Sinha knew that not all of them would go on to become a Dhawan, Pant or Nehra and academics would give them a Plan B.

A case in point is Pant, who was accompanied by his mother and spotted by Sinha’s assistant Devender, who was then coaching in Rajasthan.
Sinha told him to watch the “boy” for a couple of weeks before he came back.

Pant’s story of staying at Gurdwara (which he did on a couple of occasions) became a myth but it was Sinha, who arranged for Pant’s education in a Delhi school, from where he gave his 10th and 12th board exams.

He also arranged for a rented accommodation where he could stay as he pursued his cricketing ambition.

Once during an interview with PTI, Pant’s emotional answers struck a chord.

“Tarak sir is not like a father figure. He is a father to me,” Pant had said.

He was supremely proud of what Pant has achieved in his international career so far but he would never express it.

Another story is about a middle-aged man arriving with his teenager son at the Venky’s nets.

“I am from Rourkee, the city of Rishabh Pant. This is my son, please make him a cricketer like Rishabh. He is very passionate,” the father had such expectation in his eye that would make one think that Sinha had some magic wand.

This correspondent remembers Sinha telling the father to come back after two hours and asked the boy to start doing physical drills.

“These parents are clueless. They don’t even know what kind of talent Rishabh was when he came and what kind of maddening hard work he put in during those early teenage years,” he had told a couple of reporters standing by his side.

His students loved him and he loved them back.

Aakash Chopra had beautiful handwriting and the scores that he used to keep during academy games were his treasured possession.

Similarly, another distinguished India international (he has warned his name can’t be published) once came to know that he was leaving his rented accommodation as he had bought an apartment.

He didn’t want his coach to be without his own home.

Sinha never became a businessman or corporate cricket coach, which is in vogue now, like gun for hire with different fancy theories of trying to work on mental set-up by confining people to 12×8 rooms with a bucket of water.

He was the old school coach who would give his ward a tight slap if the head tilted sideways and the batter lost his balance while driving.

His students loved him and will remember him with moist eyes and smile on their lips.