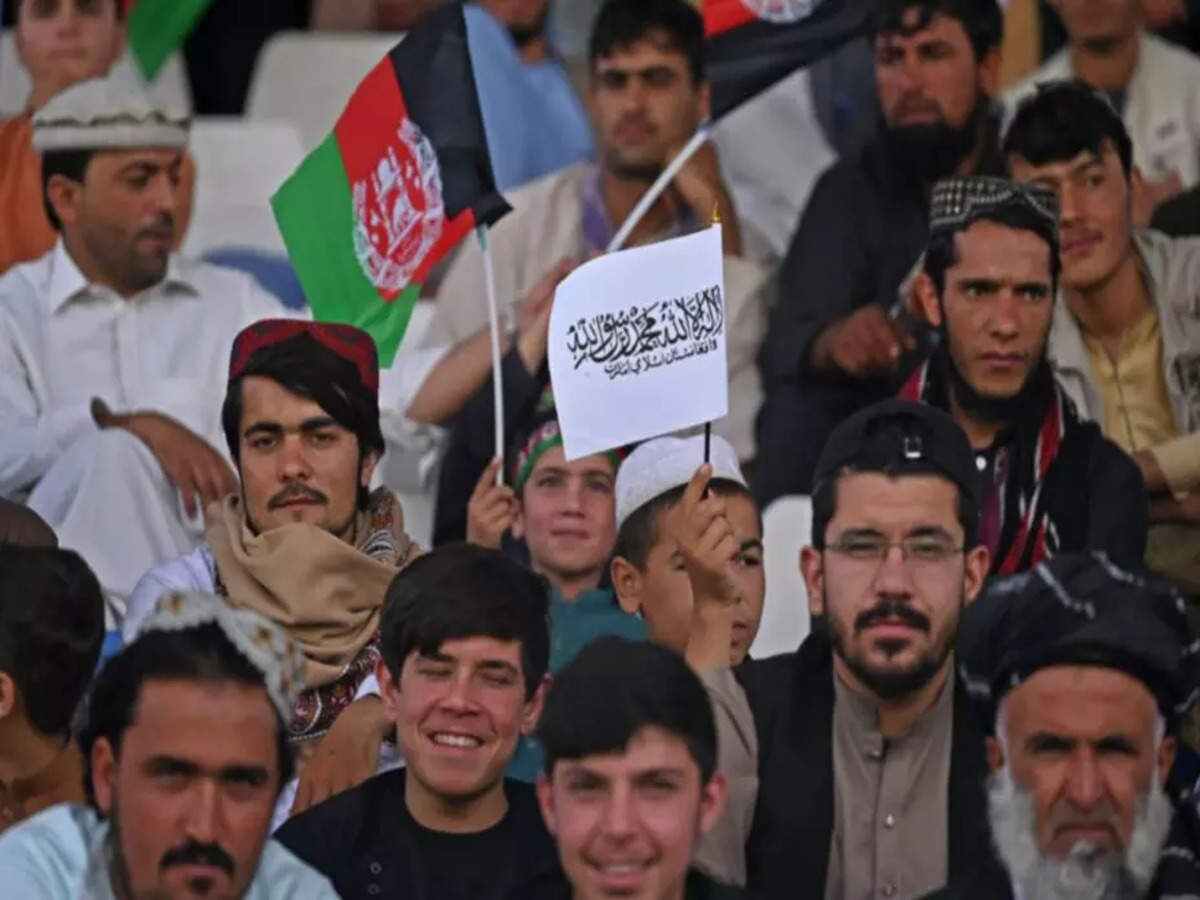 A near-full house turned out to watch Afghanistan’s top cricketers play in a trial match Friday, with Taliban and Afghan flags waving side by side in what sports officials called a show of national unity.

It was the first match since the Taliban swept to power on 15 August, leaving organisers of sports and cultural events wondering what is now acceptable under the hardline Islamists’ rule.

The two sides — called Peace Defenders and Peace Heroes — featured many members of the Afghan national team, currently preparing for the Twenty20 World Cup to be played in UAE and Oman from 17 October.

“It is great to be here and watch cricket,” a Taliban commander named Hamza told AFP at the stadium in Kabul, an American M-16 rifle slung over his shoulder.

He was in charge of a contingent of Taliban fighters keeping guard among the crowd — some watching the game more intently than the spectators.

The return of the Taliban has sparked widespread fear in Afghanistan and in the international community, reviving memories of their first stint in power from 1996 to 2001, when they imposed a harsh version of Islamic law.

That regime banned most forms of entertainment — including many sports — and stadiums doubled as public execution venues.

Sports the Taliban did allow were strictly controlled, and were only for men to play or watch.

Certainly there were no women among the crowd of around 4,000 on Friday, but there was plenty of enthusiasm as the teams played a Twenty20 match — the shortest version of the game — scheduled to finish in time for Friday prayers, the most important of the week.

Cricket was barely known in Afghanistan until the early 2000s, and its explosive rise in popularity is linked with conflict — the sport was picked up in Pakistan by Afghan refugees who then seeded it in their home country.

The national team has enjoyed a meteoric rise on the international scene since then, gaining coveted Test status in 2017 and now ranking among the top 10 sides in the world in the one-day and Twenty20 formats.

In the last 20 years, it has emerged as a powerful symbol of national unity in a country riven by civil war and ethnic conflict.

On Friday, fans waved Afghan and Taliban flags side by side, while “Baba cricket” — an elderly superfan dressed head to toe in national colours — was ushered to a prime spot in the stand.

Entry was free for spectators on Friday, although everyone was patted down by Taliban guards as they entered the stadium near Chaman Uzuri — a Kabul neighbourhood dominated by Pashtuns, who make up a majority of Taliban fighters.

Although many Kabul residents say security has improved in the weeks since the government fell, the Taliban are still on alert following the Islamic State suicide bomb attack at the airport last week that killed more than 100 people — including 13 American troops as they wrapped up a chaotic withdrawal.

A beaming Hamid Shinwari, CEO of the Afghan Cricket Board, told AFP the display of flags at the match — which Peace Defenders won by 62 runs — was a positive sign for the country.

“It is unity,” he said, adding that talks with Taliban officials signalled a bright future for the sport.

He would not be drawn, however, on the fate of the women’s team, with various media reports saying many members had already fled the country or were in hiding — fearful for their future under the new regime.

“We have a group on WhatsApp and every night we are talking about our problems and sharing plans about what we should do,” one member of the team told the BBC this week.

“We are all hopeless.”