‘Taken out of context’: Kyrgios backtracks on call for Australian Open to be cancelled 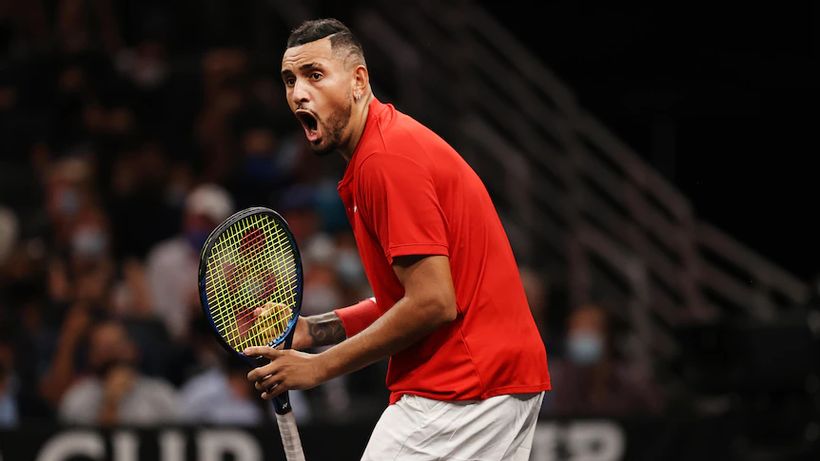 Nick Kyrgios Tuesday attempted to play down comments that he wanted the Australian Open to be cancelled, after a backlash with government officials stressing the country was “gagging for major events”.

The mercurial Australian created waves by saying he believed January’s opening Grand Slam of the year should not go ahead out of respect for the struggles Melbourne, which hosts the tournament, has endured during the pandemic.

The city has spent more than 260 days under lockdown since coronavirus emerged, and Kyrgios suggested it was not worth risking another setback.

“I don’t think the Aus Open should go ahead, just for the people in Melbourne — you’ve got to send a message,” he said Tuesday on his ‘No Boundaries’ podcast.

“We’ve had a long lockdown so the Australian Open shouldn’t proceed? I’m not sure I follow that. I think the opposite applies,” he said.

“Melburnians, Victorians and, frankly all Australians, are absolutely gagging for major events.”

Within hours Kyrgios took to social media, claiming he was taken out of context.

“To say that I would want the Aus Open cancelled, that was the sentence that got taken out of context. It’s more for the people of Melbourne who have been to hell and back,” he said.

“I think it’s been 275 days, nearly 300 days of lockdown, your freedom has been taken away from you.”

The tournament went ahead this year, but players were forced to spend two weeks in hotel quarantine, crowds were restricted and a five-day snap lockdown was called mid-event.

Organisers are adamant it will run as scheduled in 2022, with fully vaccinated players expected to be able to enter Australia without being quarantined or confined to bio-secure bubbles.

Victoria Premier Daniel Andrews has said exemptions would be denied to unvaccinated players, casting doubt over whether nine-time champion Novak Djokovic, who has refused to reveal his vaccination status, will defend his title.

Kyrgios has had a testy relationship with the Serbian, calling him “a tool” at this year’s Australian Open over his demands to ease hotel quarantine restrictions for players.

He appeared to soften his stance in his podcast, saying Djokovic should be able to compete regardless, while referencing basketball star Kyrie Irving who has missed the start of the NBA season after refusing to get a Covid jab.

“Kyrie, Novak … these guys have given so much, sacrificed so much. They are global athletes who millions of people look up to,” said the Australian, who has slipped to 90 in the world.

“I just think it is so morally wrong to force someone to be vaccinated.

“I’m double-vaccinated, but I just don’t think it’s right to force anyone (to be vaccinated) and say ‘you can’t come and play here because you’re not vaccinated’.”

In his follow-up Instagram message, he then said: “I don’t think it’s morally right to accept players from overseas that aren’t vaccinated, to come into our country.”