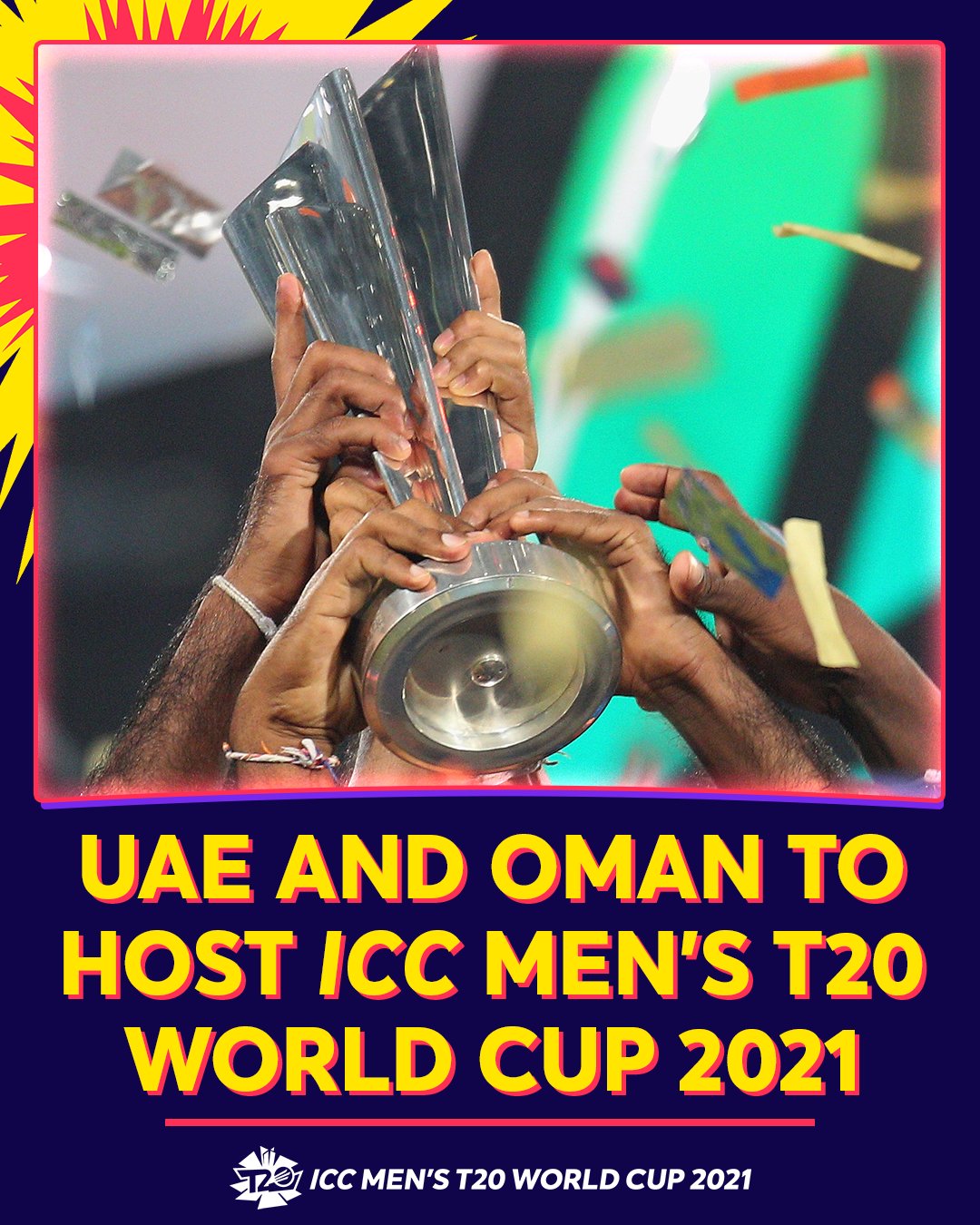 The T20 World Cup 2021 will be held from October 17 to November 14 in UAE and Oman, the International Cricket Council (ICC) confirmed on Tuesday. “The ICC Men’s T20 World Cup 2021 will be staged in the UAE and Oman due to the ongoing COVID-19 situation in India,” the ICC said in its official release. The tournament, which was originally set to be staged in India, will now be played in four venues — Dubai International Stadium, the Sheikh Zayed Stadium in Abu Dhabi, the Sharjah Stadium and the Oman Cricket Academy Ground.

The Board of Control for Cricket in India (BCCI) will remain hosts of the marquee event, the ICC confirmed.

“Our priority is to deliver the ICC Men’s T20 World Cup 2021 safely, in full and in its current window. Whilst we are incredibly disappointed not to be hosting the event in India, the decision gives us the certainty we need to stage the event in a country that is a proven international host of multi-team events in a bio-secure environment,” ICC acting CEO Geoff Allardyce was quoted as saying in the release.

“We would have been happier hosting it in India but considering the uncertainty due to the Covid 19 situation and the importance of a world championship, the BCCI will now continue to host this tournament in UAE and Oman. The BCCI is looking forward to creating a spectacle,” he added.

“Emirates Cricket Board is honored that the BCCI and the ICC have entrusted us with staging and delivering the ICC Men’s T20 World Cup. The UAE’s reputation as being a safe country in which to host high-profile sporting events is a strong complement to our government’s unwavering commitment to implementing and monitoring effective health practices during the pandemic,” Emirates Cricket Board Vice President Khalid Al Zarooni said.

“It is indeed a great moment for Oman Cricket to be selected as a venue/host of the forthcoming ICC Men’s T20 World Cup. We shall leave no stone unturned to exceed the requirements of BCCI and ICC,” Oman Cricket Chairman, Pankaj Khimji said.

The UAE hosted the 2020 season of the Indian Premier League (IPL), and will also host the remainder of IPL 2021, which was suspended after a surge of Covid cases in the tournament’s bio-bubble.