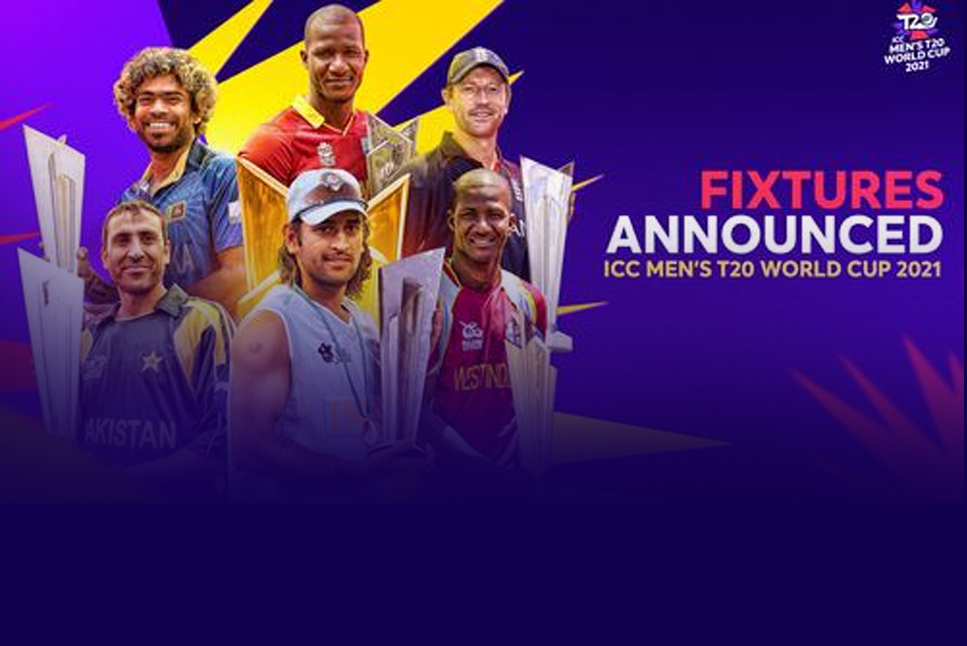 T20 World Cup 2021 Schedule Announced: India vs Pakistan on Oct 24, Dubai to host Final – Virat Kohli’s team India will open their campaign against Pakistan in the T20 World Cup on October 24 in Dubai. The final of mega-event will take place on November

Old rivals England and Australia will lock horns in Dubai on 30 October. The group will conclude on 6 November with matches between Australia and West Indies in Abu Dhabi, and England and South Africa in Sharjah. 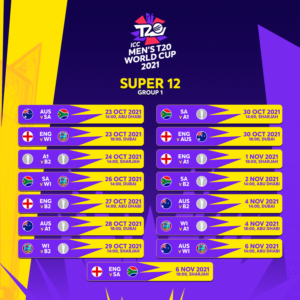 10:30 AM: India will begin their campaign against arch-rivals Pakistan on October 24. The final will take place on November 14.

10:15 AM: The announcement will be shown live on T20worldcup.com and ICC’s official app.

10:10 AM: Apart from Pakistan and New Zealand, India will also face Afghanistan besides two teams from the qualifying rounds.

@10:05 AM: India, Pakistan and New Zealand are in the same group and will be set for exciting fixtures. Not long left for the ICC Men’s @T20WorldCup 2021 fixtures reveal!

Tune in at 9am Dubai time today (+4 GMT) 👀 pic.twitter.com/CZLNqixh9B

The moment you've all been waiting for ⏳

Join Isa Guha, Dinesh Karthik and Daren Sammy as they reveal the fixtures of the ICC Men's @T20WorldCup at 9 am Dubai time (+4 GMT) tomorrow 📅 pic.twitter.com/9JMNjt5K9s

All three stars have been part of the T20 World Cup-winning teams in the past – Karthik in 2007 with India, Guha in 2009 with England and Daren Sammy twice as captain with West Indies in 2012 and 2016.
T20 World Cup Fixtures & Schedule –  India T20 WC Fixtures:  The groups for the T20 World Cup event have already been announced. Eight teams will contest the first round for a spot in the Super 12 – Ireland, Netherlands and Namibia and Sri Lanka will form Group A while Group B consists of Oman, PNG, Scotland and Bangladesh. The top two teams from each group will move to the second round of the event.
T20 World Cup Fixtures & Schedule –  India T20 WC Fixtures: In Group 1 of Super 12, West Indies England, Australia and South Africa will be joined by the winner of Group A and runner-up of Group B from Round 1.Group 2 will comprise India and Pakistan, New Zealand and Afghanistan along with the winner of Group B and runner-up of Group A from Round 1.
Related TopicsCricketT20 WorldCupTop news