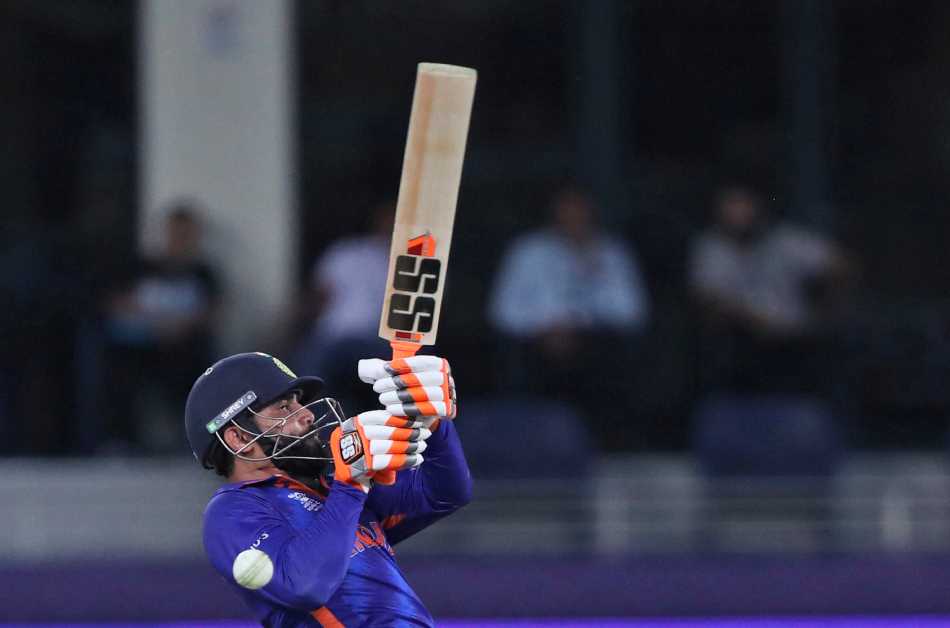 It’s official now. India’s vaunted batting line-up is still to figure out the art of run-making on pitches that offer them no pace.

There was a time, we have been told, when Indians were rattled by raw pace. That’s probably applicable to batters of all ilk, anywhere in the world, but it was especially held against those from the sub-continent. Players from outside Asia who struggled on tracks assisting spin were exonerated because they had to confront ‘designer’ pitches. The same generosity wasn’t extended to batters from Asia against quality fast bowling on speedy decks elsewhere.

In a stunning reversal of norm, India’s batters of the current vintage are totally at home on spicy strips but struggle to cope when required to make the pace. That failing is specifically exposed in the T20 format, where there is nowhere to hide. Sunday’s supreme meltdown was not a one-off; it is the latest in a series of misadventures that have been strung together for it not to be termed a pattern. Rohit Sharma had a mediocre second half of the IPL and the poor run continued in the T20 World Cup. AP

How do you explain 110 for seven, batting first, in a must-win encounter in the T20 World Cup? You don’t, to be honest. Virat Kohli, wisely, refrained from even a token effort at that endeavour, opting instead for ‘not brave enough.’

On a Sunday night where precious little went right for the Indian captain and his band on the brink of elimination, Kohli nailed at least this. New Zealand were decidedly the better prepared, if not better equipped, team for the conditions. They had their game plans perfectly in order at the Dubai International Stadium. India must have had plans of their own too, but it seemed as if their batters had misplaced the pieces of paper on which they had been outlined.

Indeed, it appeared as if body doubles bearing striking resemblances to the originals had been thrust into the cauldron of battle. There was neither purpose nor intent to India’s approach once Kane Williamson called right and extended his opposite number’s poor record at the coin toss. Caught betwixt and between, India huffed and puffed to a markedly under-par total in a damning indictment of poor execution, if not ordinary planning.

It shouldn’t have been thus. Every single member of the Indian top order had had immediate exposure to such tracks during the second half of IPL 2021. To the discerning, the splitting of the IPL into two equal halves had been a blessing in disguise from an Indian perspective. The opportunity of encountering first-hand the challenges of run-making in the UAE just prior to the World Cup was priceless. It’s questionable just how much India’s batters trained their full attention on the same.

The warning signs were all too obvious during the IPL. Lack of pace defeated the best, most accomplished – Kohli and Rohit Sharma both had no more than passable campaigns, Rishabh Pant batted out of character, Hardik Pandya had no more than one or two meaningful hits. Only KL Rahul was on a different plane, both making a truckload of runs (626) and doing so attractively — with authority and aggression.

Actually, Act 2 of IPL 2021 wasn’t the first instance when India’s vulnerability on less-than-perfect batting surfaces was exposed. Warning signs have been abound for a while across formats, dating back to 2015 when South Africa’s modest spinners troubled a pedigreed line-up no end in Test cricket. As if to drive home the point, spinners Mitchell Santner and Ish Sodhi joined hands the following year to consign India to a demoralising 47-run loss in Nagpur in the T20 World Cup. What magnified the margin was that India’s target was no more than 127.

Five and a half years on, birthday boy Sodhi and Santner were at it again. The leg-spinner, adjudged Player of the Match for the sticks of Rohit and Kohli, was beautifully complemented by Santner, whose left-arm spin went for a mere 15 runs in four overs. As artfully as Trent Boult, Tim Southee and Adam Milne – after a horror first over – bowled, it was the spinners who tied India up in knots.

They feasted ravenously on the batter’s indecision. Aware that their continuation in the tournament hinged on a favourable outcome, India sought recourse in tentativeness and hesitancy when a more self-assured tack would have been more prudent. Consequently, they were half a step behind the game, fatal in a format where there can be no compromise on intent and commitment. India neither invested fully in all-out attack, which might or might not have been foolhardy under the circumstances, nor did they play the situation by working the gaps and running frenetically between the wickets, like Kohli himself had done in a virtual quarter-final against Australia in Mohali in the 2016 edition of this tournament. Virat Kohli found it difficult to get going against New Zealand and fell cheaply under rising pressure. AP

For 71 deliveries between overs 5.1 and 16.6, India failed to find the boundary even once. Their frustrations were best exemplified by Kohli’s travails. The normally fluent virtuoso, batting at No 4 to accommodate Ishan Kishan at the top of the tree, scratched around for 16 deliveries in making nine, his growing annoyance at the complete lack of timing suggesting that an uncharacteristic hoick was imminent. To nobody’s surprise, he holed out to long-on trying to fetch a Sodhi leg-break from outside off. Kohli and low-percentage strokes have never been bedfellows, yet here we were.

Of all the teams at this World Cup, India have the lowest percentage of attacking strokes. That’s a damning indictment of their addled mindset, which in turn has spawned hesitant footwork, heavy hands and a visibly half-hearted commitment to aggressive stroke-production. For all their dabbling in franchise cricket, India have ceded a lot of T20 ground, not like defending champions West Indies. While the rest of the world has moved on to the modern, India remain grounded in the archaic, the obsolete and the outdated. That alone should explain why elimination is staring them in the face starkly, uncompromisingly.