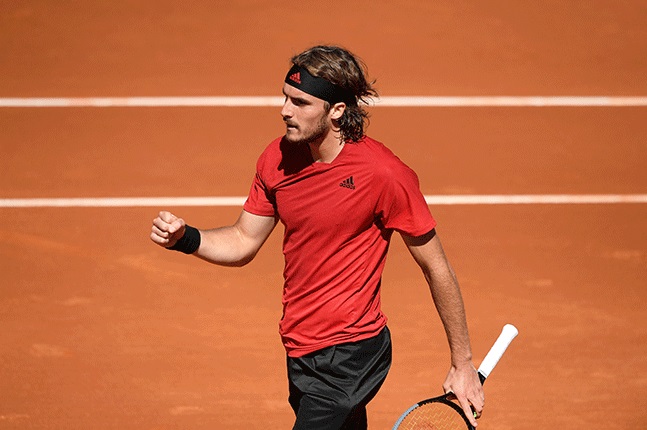 PARIS: World number five Stefanos Tsitsipas eased into the last four of the ATP event in Lyon with a 6-3, 6-4 win over Yoshihito Nishioka in the quarter-finals on Friday.
Tsitsipas, who dropped just eight service points all match, broke for 4-2 in the first set which he closed out in 31 minutes.
The 22-year-old Greek then broke early in the second and wrapped up the match with comfort.
“It was a good match from my side, he was serving well,” said Tsitsipas.

“His game is a little unpredictable and he is one of the best left-handers out there.
“It’s never easy to construct the point and he is able to penetrate and play shots you don’t expect. I knew he was going to fight and not give up. I am pretty glad to have won.”
Tsitsipas, seeded two in Lyon, will face Italian Lorenzo Musetti after the teenager, ranked 88 in the world, also won in straight sets, beating Aljaz Bedene 6-3, 7-6 (7/2).
Related TopicsStefanos TsitsipasTennis