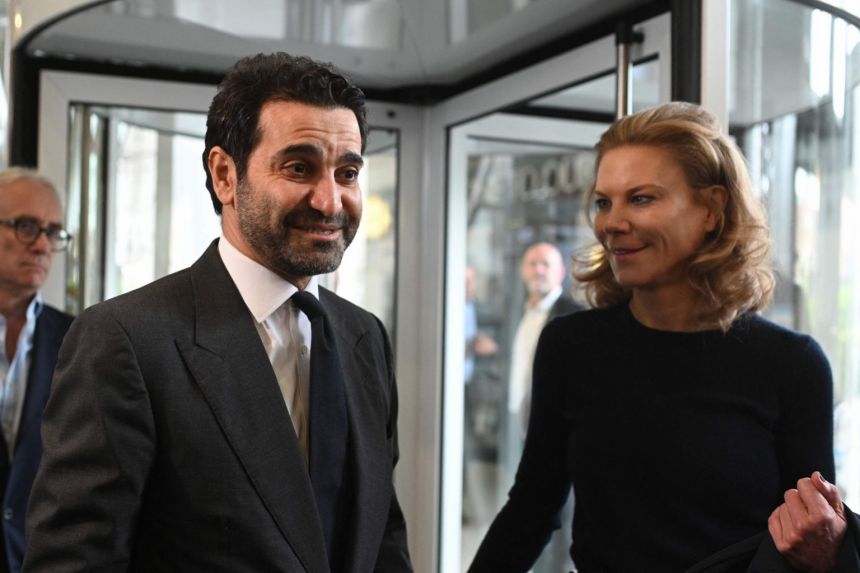 Staveley’s PCP Capital Partners group fronted a consortium 80 per cent-led by Saudi Arabia’s PIF sovereign wealth fund that on Thursday secured the club in a 305 million pound ($415.5 million) deal to the delight of fans who had accused former owner Mike Ashley of under-investment.

Saudi Arabia’s Public Investment Fund (PIF) is chaired by Crown Prince Mohammed Bin Salman and human rights groups, such as Amnesty UK, have accused the oil-rich nation of “sportwashing their appalling human rights record with the glamour of top-flight football”.

But Staveley said the $430 billion PIF was an autonomous, commercially-driven fund that had paid a reasonable price for a club in which it planned to invest for the long term.

Key decisions will be made by the new board of PIF governor Yasir Al-Rumayyan, Staveley and Jamie Reuben, the son of billionaire property investor David Reuben – although Staveley said the executive team could be strengthened in future.

“We are buying a club that could be relegated next week,” she told Reuters in a telephone interview. “If we were thinking about this as being some type of sportswashing exercise we would have made different choices.”

Newcastle is currently second from bottom in the Premier League standings after a disappointing start to the season under manager Steve Bruce.

Staveley said she had been texting former striking great Alan Shearer and former Newcastle manager Kevin Keegan, both revered on Tyneside, and hopes to offer them as-yet unspecified roles.

She’ll start by seeking to move Shearer’s statue to its “rightful place” inside the St James’ Park grounds, she said. It currently stands outside of the stadium.

“We are really excited about working with him because he’s just a legend,” she said after returning to London from Newcastle by train where, she added, she had been “cuddled” and photographed by fans delighted at a change in ownership that will make the club one of the richest in the world.

She now wants not only to secure new players, but ensure there are great managers, training staff, medics and physiotherapists and a beefed up academy and scouting network to attract young talent.

“Of course I want to win the Premier League,” she said. “At some point, of course, we want trophies. The last time the club won a trophy was 1955.

“But this is a long term project and it will take some patient capital,” she said.