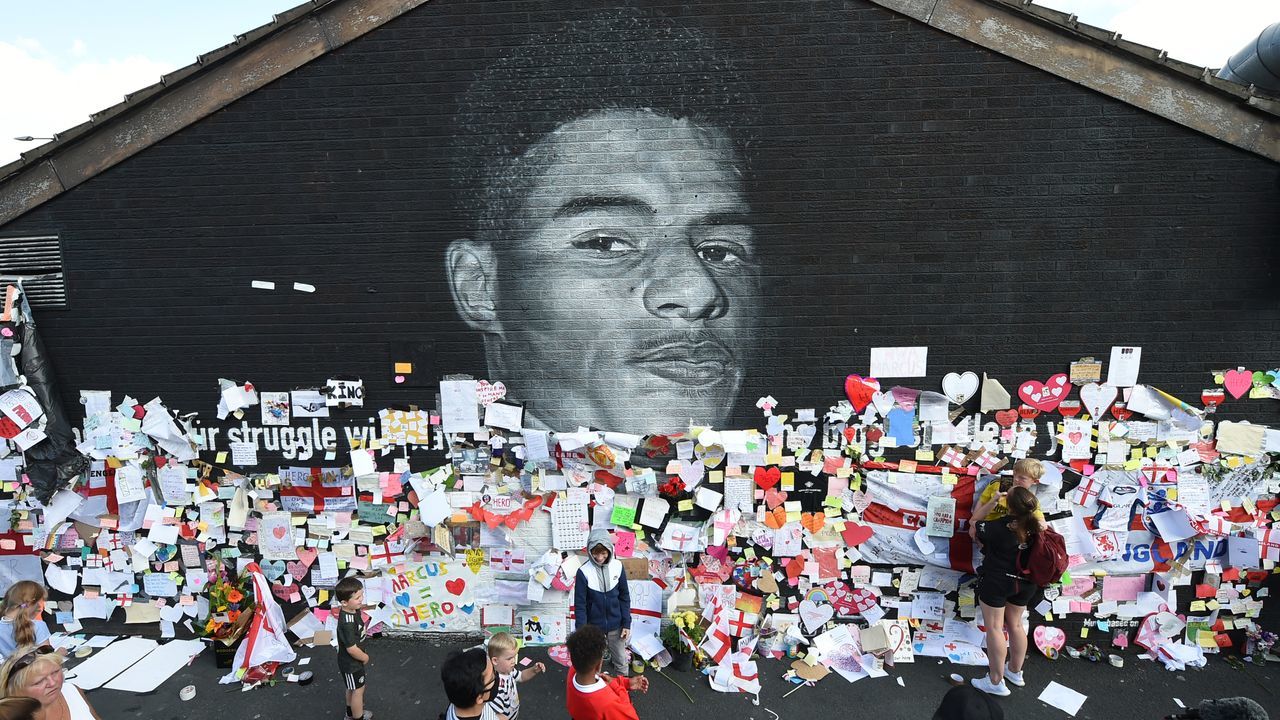 Laws banning football hooligans in England from attending matches will be extended to target those responsible for racially abusing players on social media, Prime Minister Boris Johnson said on Wednesday. The proposed change to football banning orders follows a deluge of abuse being directed at several black England players after the team’s defeat in the Euro 2020 final against Italy on Sunday. “What we’re doing is today taking practical steps to ensure that the football banning order regime is changed, so that if you are guilty… of racist abuse online of footballers then you will not be going to the match,” he told MPs.

The banning orders, created in 1989 to stop known English hooligans causing trouble at and around domestic and overseas matches, are managed by the Football Banning Orders Authority.

Responding to an urgent question on the issue in parliament, junior interior minister Victoria Atkins — whose department is responsible for the unit — conceded using the orders to tackle the trolls, who are often overseas, would be “complex”.

“But we want very much to work with football clubs and others to ensure these orders have the powers that we all want them to have,” she added.

Greater Manchester Police in northwest England said a 37-year-old man had been arrested on suspicion of an offence under the Malicious Communications Act after social media posts directed at England players.

The offence carries penalties of a maximum two-year prison sentence and/or an unlimited fine.”Face fines”

The government is under growing pressure to act on the issue, with an online petition launched Monday demanding lifelong bans from games for those guilty of racist abuse — online or offline — attracting more than a million signatories.

However, Johnson and his ministers have faced withering criticism for failing to condemn promptly England fans who booed their own players taking the knee before matches early in the tournament.

Johnson met with representatives from the leading social media companies on Tuesday in what he said was part of a concerted approach to tackle the problem.

“Unless they get hate and racism off their platforms, they will face fines amounting to 10 percent of their global revenues, and we all know they have the technology to do it,” he said, referring to the government’s planned “online harms bill.”

But opposition politicians branded the moves as too little, too late while attacking Johnson’s own record on race in his former life as a newspaper columnist.

Johnson made a number of heavily criticised comments, including once describing Africans as “flag-waving piccaninnies” with “watermelon smiles”.

He has also likened veiled Muslim woman to “letterboxes”. On Wednesday, Johnson said his past comments had been taken “out of context”.

“The legacy of this prime minister’s dog whistling has followed him into 10 Downing Street and it is now at the heart of this Tory government,” said the Scottish National Party’s leader in the UK parliament, Ian Blackford.

“It is shameful that it took until last night for the prime minister to meet with the main social media companies.”