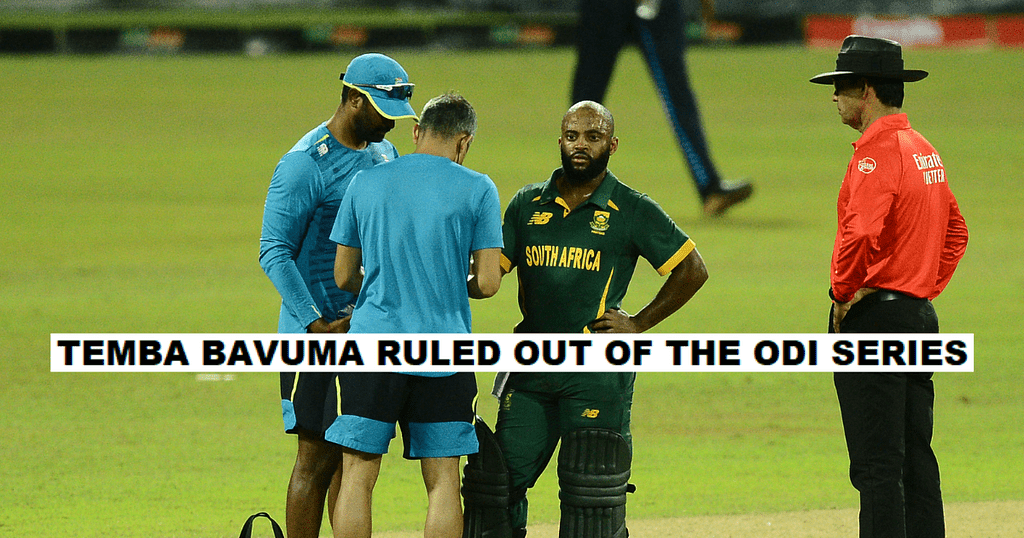 Colombo: South Africa captain Temba Bavuma was ruled out of the remainder of the one-day international series in Sri Lanka on Friday with a fractured right thumb sustained when he was hit by a fielder’s throw while batting.

Bavuma’s injury came during South Africa’s 14-run defeat in the opening ODI on Thursday. He continued batting but only for a short time before retiring hurt. Bavuma will return to South Africa to see a specialist “as soon as possible” and spin bowler Keshav Maharaj will take over as captain for the second and third ODIs, Cricket South Africa said.