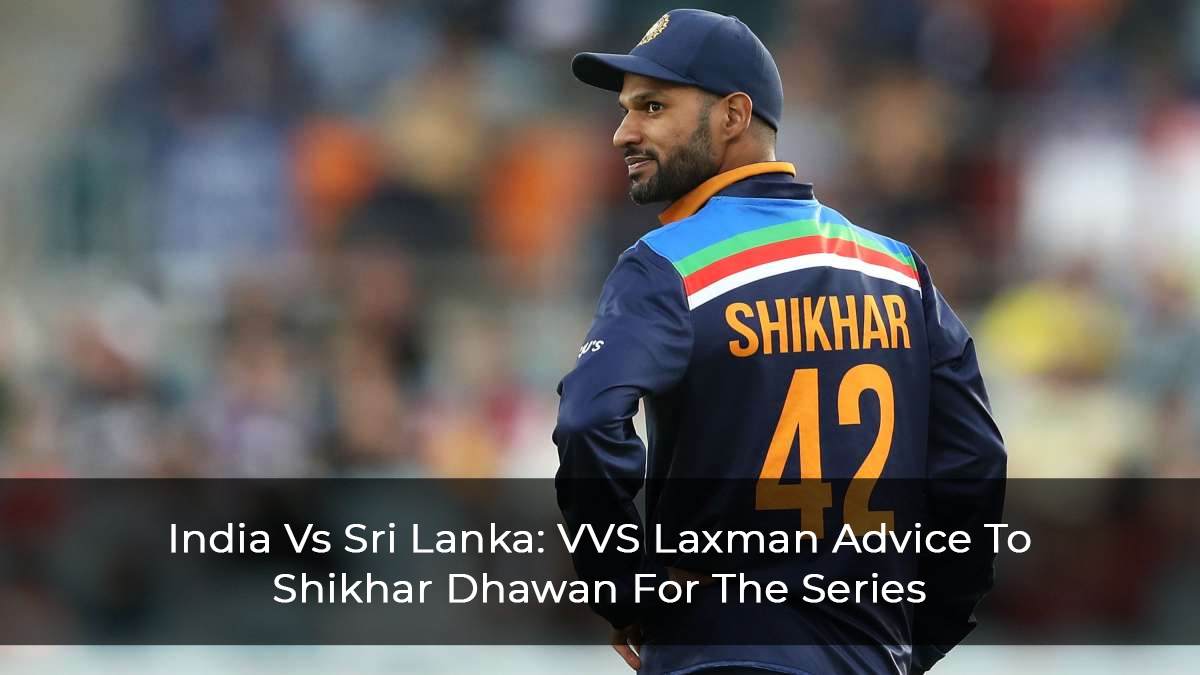 Former India batsman VVS Laxman reckons Shikhar Dhawan’s focus should be on scoring runs in the upcoming Sri Lanka tour to cement his place in the squad for the T20 World Cup. Sri Lanka and India will square off in three ODIs and three T20Is, beginning July 13. While Bhuvneshwar has been named vice-captain, Dhawan will lead the team which will be coached by former India skipper Rahul Dravid. Laxman said Dhawan might be leading the side but he has to be amongst runs in the Sri Lanka series considering the stiff competition for the opening spot in the T20 World Cup squad.

“First thing, I think he is being rewarded for his consistent performance for the Indian Team, – especially in white-ball cricket – and he is the most experienced player in this squad,” said Laxman on Star Sports’ show Game Plan.

“But Shikhar Dhawan will be very clear that he has to use this opportunity – especially keeping in mind the T20 World Cup, there is so much stiff competition. There is Rohit Sharma and KL Rahul – who are established opening batsmen. Virat Kohli, very clearly mentioned that he wants to open in T20 formats.”

“So, Shikhar Dhawan has to be amongst runs. So, while he is excited being the captain of the Indian team – and anyone will be proud to lead their country – but his focus will be to score runs and put his spot in a secure position,” he added.

Former India all-rounder Irfan Pathan feels Dhawan will have a point to prove to himself in the Sri Lanka tour and at the same time, the opening batsman will be excited to lead the side for the first time in his career.

“He is a very fun-loving guy. Whenever you meet him, he is always laughing, very cheerful. The youngsters will be very comfortable around him. And I think, as a leader, he will have a point to prove – not to anyone, but for himself,” said Irfan.

“Because last time he was leading an IPL side, that was not a very fruitful move for him, but that was so many years ago. So, if any senior guy wants to do something, he needs to convince himself – more than trying to prove a point to anyone else.

“So, he will be really excited for leadership, but at the same time, he will be looking forward to not only perform but also sharing his experience with all the youngsters,” he added.

The likes of Sanju Samson, Ishan Kishan, and Suryakumar Yadav are also in the white-ball squad and many more youngsters are eyeing a debut for India in the Sri Lanka series.