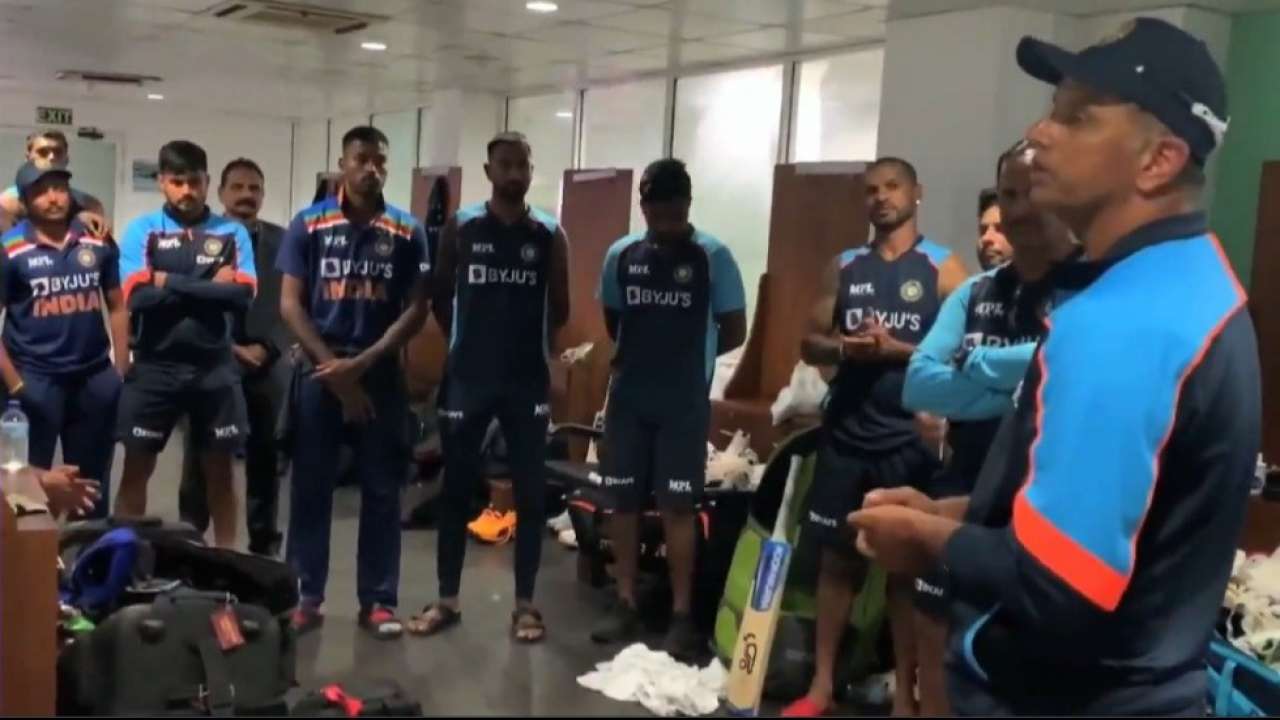 India beat Sri Lanka in a thriller in Colombo and sealed the three-match One-Day International series with a game to spare on Tuesday. After a nail-biting finish, Team India head coach Rahul Dravid gave his team a stirring speech inside the dressing room. In a video posted on twitter by the Board of Control for Cricket in India (BCCI), Dravid can be seen addressing the whole squad after the second ODI and the former India captain lavished praise on his “champion team”. “From raw emotions to Rahul Dravid’s stirring dressing room speech @28anand & @ameyatilak go behind the scenes to get you reactions from #TeamIndia’s thrilling win over Sri Lanka in Colombo,” the video was captioned.

DO NOT MISS THIS!

“They responded but we responded back. Like a champion team, with our backs to the wall, we found a way to win. Very well done to all you, fantastic win,” Dravid said.

In the snippet posted by the BCCI, members of the Indian ODI squad also expressed their views on the contest.

Bhuvneshwar Kumar, who took three wickets and put on 84 runs for the 8th wicket with Deepak Chahar, said that from where the team was (193 for seven) this win is special.

Suryakumar Yadav, who scored his maiden ODI half-century on Tuesday, said this is the best game he has been a part of.

In the match, Sri Lanka, after winning the toss and opting to bat, put on a competitive total of 275/9 from their allotted 50 overs.

Chasing 276 for the win, India lost five wickets for just 116 runs. Deepak Chahar bailed the visitors out with his maiden half-century in the 50-over format.

India chased down the total with three wickets in hand and five balls to spare.

With the win, India took an unassailable lead of 2-0 in the three-match series.