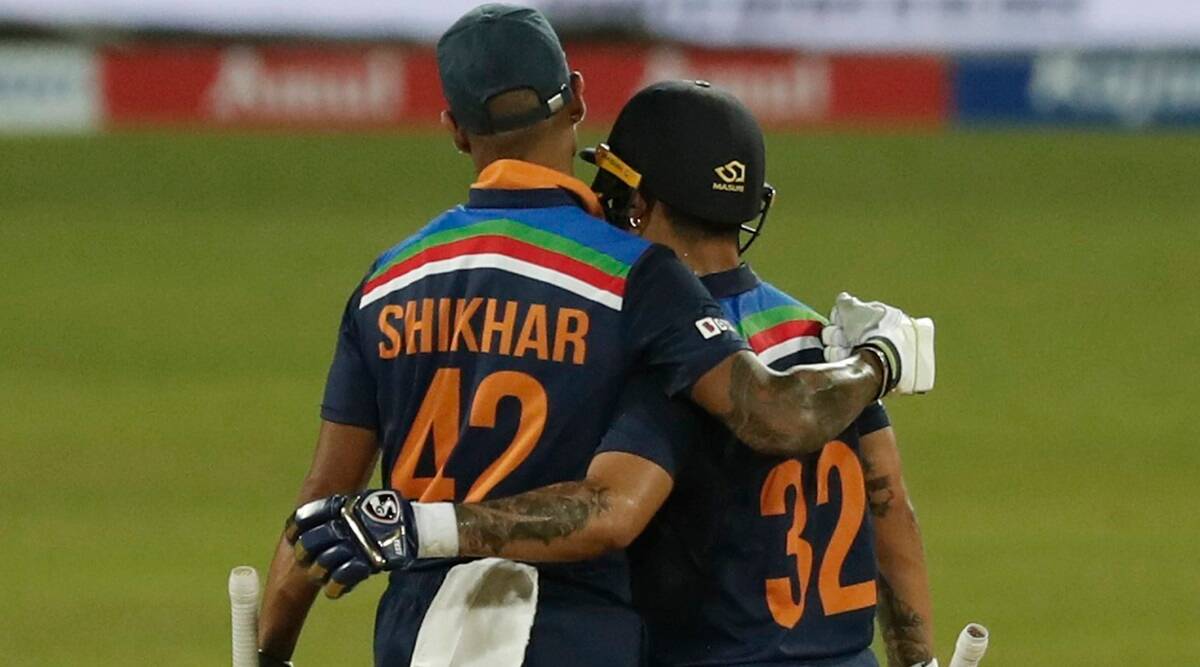 Skipper Shikhar Dhawan and debutant Ishan Kishan hit half-centuries as India hammered Sri Lanka by seven wickets on Sunday in the first one-day international of a series delayed by the coronavirus. Chasing 263 for victory, India depended on Dhawan’s 33rd ODI half-century, fellow opener Prithvi Shaw’s 24-ball 43 and an attacking 59 by Kishan to gallop to their target in just 36.4 overs and lead the three-match series in Colombo. Shaw was named man of the match for getting India off to a flying start and then the left-handed Dhawan kept up the momentum with big partnerships along with Kishan, who turned 23 on Sunday, Manish Pandey and Suryakumar Yadav, who made an unbeaten 31.

Shaw lost his wicket to Dhananjaya de Silva after getting hit on the helmet in the previous over.

Kishan started his ODI career with a six and then hit three successive boundaries off De Silva. He scored his fifty with a boundary before a thin edge saw him falling to Lakshan Sandakan.

Sri Lanka, led by Dasun Shanaka, lost wickets regularly after electing to bat first but number eight Chamika Karunaratne’s quickfire 43 lifted the side to 262 for nine in 50 overs.

The limited-overs series that also includes three Twenty20 matches was rescheduled and the original start date of July 13 pushed back by five days due to a Covid-19 outbreak in the Sri Lankan camp following batting coach Grant Flower’s positive test on return from their tour of England.

Sri Lanka, who had already been hit hard by the suspension of three players including vice-captain Kusal Mendis and wicketkeeper Niroshan Dickwella for breaching the team’s bio-bubble in England, suffered an injury blow after captain Kusal Perera was ruled out of the series.

The second ODI is on Tuesday in Colombo.

Virat Kohli urges people to support Indian athletes in Tokyo Olympics
Happy Birthday Smriti Mandhana: How Her Teammates And Other Cricketers Wished Her