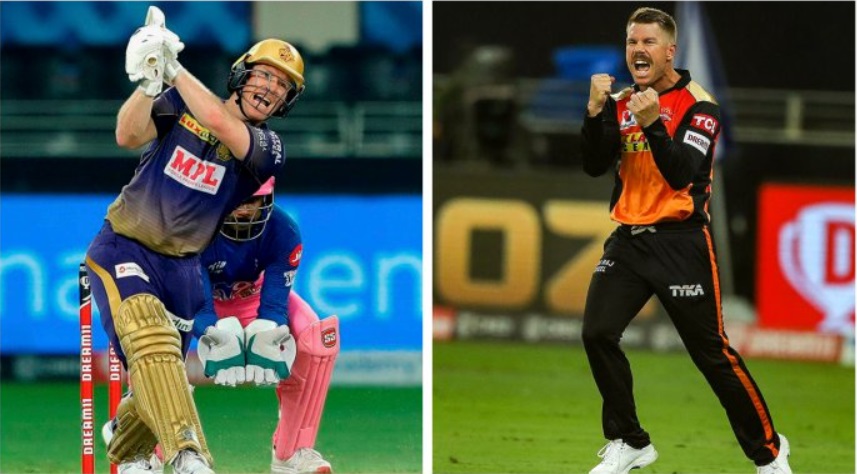 Both Kolkata Knight Riders and Sunrisers Hyderabad were stuck in a battle for a play-off spot last season that went down to the wire. David Warner’s SRH went on a winning streak just at the right time while Eoin Morgan’s team’s fortunes tanked in the business end and that meant it was SRH who finished in the top 4. They even beat RCB to make it to the second qualifier, but were done in by an inspired Delhi Capitals team.

Both SRH and KKR have kept the same core for this tournament, and both have brought in seasoned campaigners to plug holes. The Sunrisers’ biggest worry has been an ineffective middle order and the addition of Kedar Jadhav to the mix could end those troubles, although Jadhav looked terribly out of form for CSK last season.

Warner and Bairstow will be expected to do the heavy lifting at the top of the order as always. Wriddhiman Saha has surprised many with his batting in the IPL and he should be given a go early in the tournament higher up the order. Manish Panday remains the number 4 while Jadhav can add a bit of experience at number 5 followed by the all-rounder trio of Vijay Shankar, Jason Holder and Rashid Khan.

Rashid will continue to be the premier wicket-taker and will lead the attack alongside a rejuvenated Bhuvneshwar Kumar, who looked sharp in the series against England.

T Natarajan’s Team India exploits guarantee him a spot in the XI and that leaves space for a second spinner which will be a toss up between Shahbaz Nadeem and Jagadeesha Suchith.

For Eoin Morgan, the biggest headache would be to find a suitable opening partner for Shubman Gill. The youngster needs someone to take the attack to the opposition from the other end and that role could go to either Rahul Tripathi or Sunil Narine.

Nitish Rana is the favoured number three batsman while Morgan slots in at 4 with a fluid lower middle order that can see Dinesh Karthik and Andre Russell switch batting positions according to match situations.

Last season was a prime example when Russell didn’t fire with the bat and KKR should be ready for that eventuality because Russell is not a great batting talent. Yes, he can be a match winner with the bat and had a great season but he is not a recognised batsman and KKR need to understand that and prepare accordingly.

Pat Cummins will start for KKR as the leader with the new ball but the franchise should be open to bring in Lockie Ferguson if Cummins doesn’t fire early in the season. Prasidh Krishna is expected to partner Cummins.

Harbhajan Singh should walk into the team because of his vast amount of experience even if it means playing two off spinners in Bhajji and Narine. Varun Chakravarthy should start ahead of the out of form Kuldeep Yadav.

It’s a battle between two teams who don’t know their best XI and this match should help them take a step closer to finding the answer to the question.