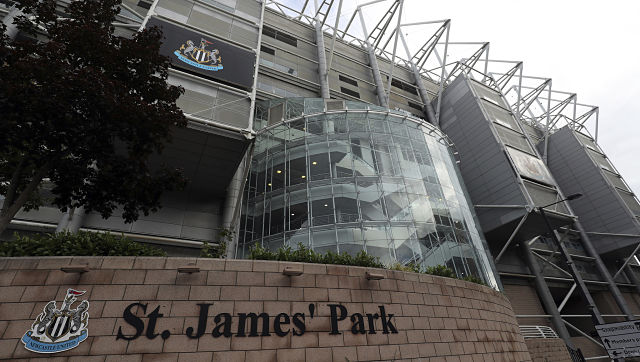 Premier League side Newcastle United became the latest football club to get a richie-rich foreign owner joining the likes of Manchester City, Paris Saint-Germain and Chelsea. But what sets all of them apart from the Manchester United, Watford, Inter Milans of the football world are the reputation that they come with.

Beyond just the source of their funds, the bigger question lies in what those owners represent. In Newcastle’s case, a consortium of Saudi Arabia’s Public Investment Fund (PIF), Britain’s PCP Capital Partners and RB Sports and Media are behind convincing Premier League and Mike Ashley to sell the North-East England club for a reported 300 million pounds.

PIF will hold 80 percent of the shares into the storied club which boasts of legends such as Alan Shearer, Paul Gascoigne, Ian Rush, Michael Owen, Kevin Keegan and Sir Bobby Robson as manager. The takeover marks as Riyadh’s first major acquisition of an overseas sports team but it comes riddled with questions.

Sportswashing is when countries, groups, states or individuals use sports events, teams or sponsorship to boost their public image. At the highest level, it is used to hide poor human rights record. And it is not a new concept. The 1934 FIFA World Cup, held in Italy, and 1936 Olympics, played in Berlin, were both tools to spread propaganda by Benito Mussolini and Adolf Hitler respectively.

Manchester City’s Abu Dhabi based owners were accused of “sportswashing” their country’s “deeply tarnished image” by the Amnesty International. UAE have been criticised for their treatment of migrant workers.

The same allegations have been levelled against Qatar, whose royal family own the French football club Paris Saint-Germain. Such is the massive level of wealth that the club acquired the services of Lionel Messi in the summer and opted against selling Kylian Mbappe, in effect foregoing a reported €200 million.

Before Man City and Newcastle, Chelsea’s ownership by oligarch Roman Abramovich has also drawn flack. Abramovich is reported to be close to Russian president Vladimir Putin with a book suggesting he was the man behind the deal in 2003.

What are the instances of non-football sportswashing?

Football isn’t the only sport that is used for sportswashing by states or businesses to further their agenda. In the past few years, Saudi Arabia has emerged over and above its Middle Eastern neighbours in trying to paint a rosy picture of the country while prosecuting those for standing up to it.

Saudi Arabia has hosted multiple WWE pay-per-views in Riyadh, despite protests by some of the big stars and absence of female athletes, a world heavyweight title bout between Andy Ruiz. Jr and Anthony Joshua, the Dakar Rally, with Formula 1 Saudi Arabian Grand Prix in December.

Who are the faces behind PIF? Amanda Staveley talks to the media outside St. James’ Park in Newcastle Upon Tyne. AP Photo

There are multiple names behind PIF. Yassir al-Rumayyan is the chief executive of PIF and his close friend, Carla DiBello, suggested the Newcastle deal. Rumayyan took that opportunity to the fund’s chairman and Saudi Arabia’s effective leader, Crown Prince Mohammed bin Salman (MBS). And the approval was granted quickly.

On paper, Newcastle United won’t be owned by MBS. Yassir al-Rumayyan, British businesswoman Amanda Staveley, and Jamie Reuben, son of billionaire property investor David Reuben are the executive decision makers. Staveley said the team could be strengthened in the future.

PIF has been active since the 1970s and is aimed at taking Saudi Arabia’s interests beyond fossil fuel exports. Worth $430 billion, the fund has the capacity to buy Newcastle and bring in the biggest players in the world.

Spearheaded by Mohammed bin Salman, PIF goes hand-in-hand with Vision 2030, one of his biggest projects, whose key objectives include increasing non-oil international trade and boosting the image of the Kingdom.

After then US president Donald Trump visited Saudi Arabia in 2017, it was announced that PIF would invest $40 billion on infrastructure projects in the US. Per reports, PIF has a $700m stake in Boeing, a $522 million stake in CitiGroup and a $522 million investment in Facebook. It also has stakes beyond $400 million in Disney and Bank of America.

Why the aversion to Saudi Arabian owners or Mohammed bin Salman?

Khashoggi, who lived in the US as a legal permanent resident and wrote for the Washington Post, was critical of the Prince’s policies and was killed in Istanbul on 2 October, 2018.

In February, US intelligence report accused MBS of approving the murder, an assessment that has been strongly rejected by the Saudis.

Why was PIF’s bid to acquire Newcastle rejected last year? The main reason the bid hit the rocks last year was because of the outcry caused by Qatar-based beIN Sports, a major broadcast rights holder of the Premier League.

beIN Sports, extended their rights for Middle East and North African region until 2025 at a cost of $500 million, was banned by Saudi Arabia in 2017 at the start of a diplomatic and transport blockade of Qatar, which ended in January.

Premier League assessed Saudi Arabia was a major backer of online piracy which led to the collapse of the negotiation.

What changed for Premier League to approve the deal this time?

Tensions between the states have eased significantly this year and Saudi Arabis’ ban on beIN is set to be lifted, with Riyadh also seeking to settle Qatar’s $1 billion arbitration claim over pirate broadcasts to Saudi audiences by the BeoutQ network.

As per English football rules, new owners have to go through an “owner’s and director’s test” which attempts to check the financial viability of a takeover attempt. But moral or political considerations are not taken into account.

How has the decision to takeover Newcastle been taken in the UK?

Amnesty International said: “Today’s decision shows that English football is open for business when it comes to sportswashing. Ever since this deal was first talked about, Amnesty have said it represents a very clear attempt by the Saudi authorities to sportswash their appalling human rights record using the glamour of the Premier League.”

Newcastle United fans don’t seem to mind as long as they see the back of owner Mike Ashley. In his 14-year reign at St. James’ Park, the club have been relegated twice before springing back. The fans’ biggest gripe has been with the lack of funds being put into the club while Ashley has used the club to further his own business interests. On the pitch, Newcastle last won a major trophy in 1955 (FA Cup) and the league title in 1927.

“Under this ownership there has been no ambition, effectively no investment and no hope for a sporting entity that hasn’t been a sporting entity. It’s been there to survive and nothing more,” a spokesman for the Newcastle United Supporters Trust (NUST) said.

A poll by the NUST found 93.8 percent of the fans were in favour of the takeover.