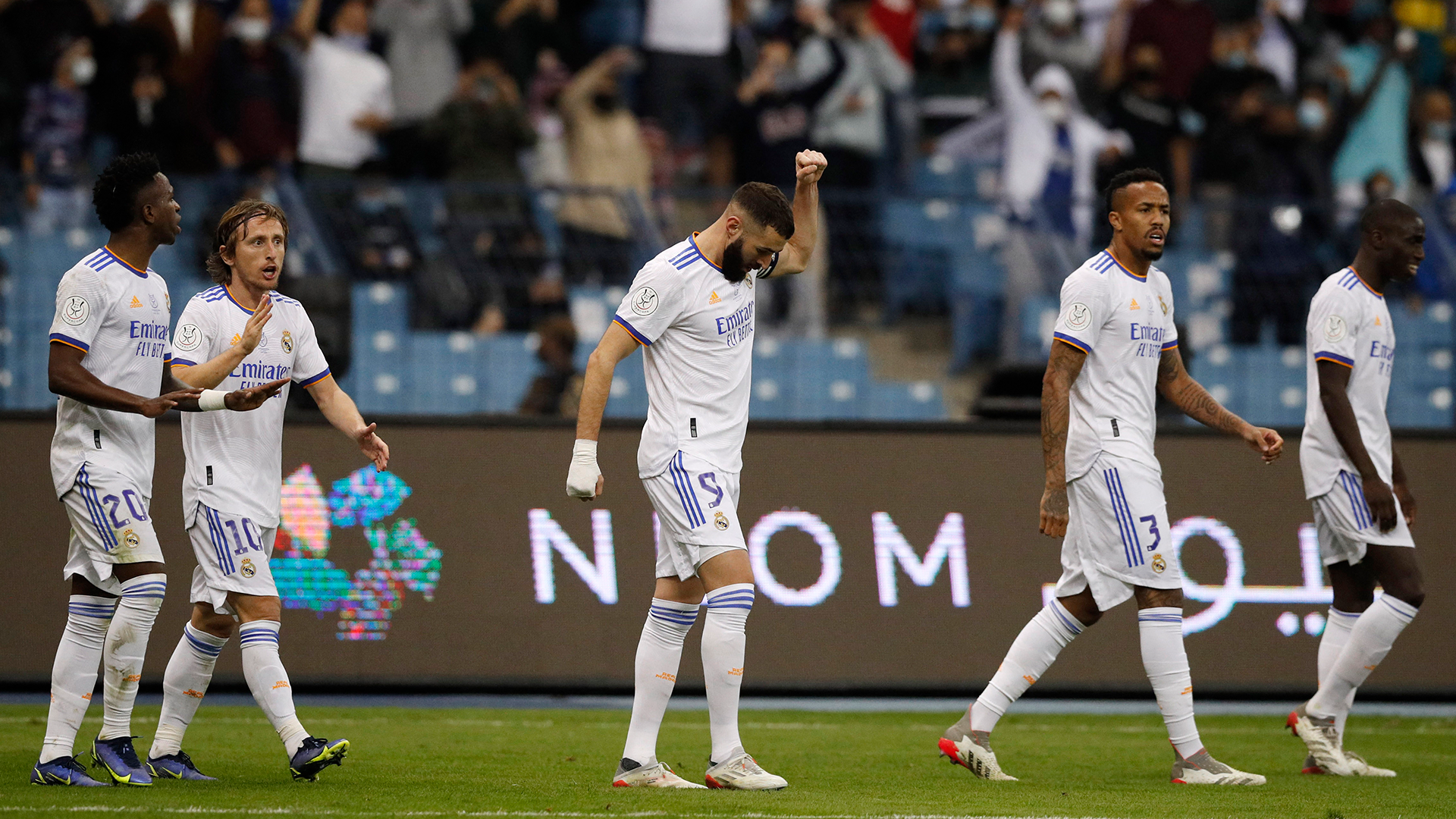 Riyadh, Saudi Arabia: Real Madrid will be chasing their first trophy in Carlo Ancelotti’s second spell as coach when they face Athletic Bilbao in the Spanish Super Cup final on Sunday, but criticism continues to surround the Spanish federation’s decision to stage the tournament in Saudi Arabia.

Madrid scraped past Barcelona 3-2 after extra-time in Riyadh on Wednesday before Athletic sprung a surprise by coming from behind to defeat Atletico Madrid 2-1 on Thursday.

The annual competition, which includes the top two in La Liga from the previous season, as well as the most recent Copa del Rey finalists, is being played in Saudi Arabia until 2029 as part of a deal that earns the Spanish football federation around 30 million euros ($34.2 million) a year.

Amnesty International have asked that players wear purple armbands this week in protest against the treatment of women and the LGBTQ community in Saudi Arabia, a request that was ignored in the semi-final matches.

“It is not too late for that gesture that we have asked from the federation and the clubs participating in the Super Cup to happen,” said Amnesty International Spain director, Esteban Beltran, on Thursday.

“The final will be played on Sunday and the Spanish federation still has the opportunity to publicly express its support for the harassed and persecuted women in Saudi Arabia, and to work in favour of equal rights.”

The group has also criticised the federation for vindicating human rights violations in Saudi Arabia.

“The fact the federation has decided to collaborate in this ‘image-washing’ of the Saudi authorities and that it is willing for the Spanish Super Cup to be played in this country until 2029 discredits this tournament and all Spanish football,” Beltran said on Monday.

Spanish federation president Luis Rubiales claimed he first found out about the request for armbands through the media and accused Amnesty International of making a “media mess”.

“On an ethical level, we are doing a lot here to help the development of women in football, which is our commitment,” Rubiales told Spanish radio station Cadena Ser on Thursday.

“The rest of the political questions are outside the scope of football.”

‘No one thinks about the fans now’ Around 35,000 fans attended Wednesday’s Clasico between Real Madrid and Barcelona but that figure was down to 7,000 for the game between Athletic and Atletico.

As well as questions over Saudi Arabia’s human rights record, many believe the essence of a domestic Spanish tournament is lost when played 7,000 kilometres away.

“It doesn’t make sense to me,” said Athletic’s Raul Garcia on Wednesday. “Football has changed in the sense that no one thinks about the fans now. What matters is making money, getting sponsors, and we are forgetting the basics of what football is.”

Athletic had to call off a training session on Friday afternoon due to a sandstorm in Riyadh, with the squad forced to return to their hotel and work out in the gym instead.

Marcelino’s team will be the underdogs this weekend given they sit ninth in LaLiga, 21 points behind leaders Real Madrid. They have already played Madrid twice in the league and lost both times.

“We played like never before and lost like always,” said Marcelino on Thursday. “Let’s see if we are able to play at the same level and do better this time.”

Karim Benzema and Vinicius Junior have been fundamental to Madrid’s success in recent months and the pair both scored against Barcelona to take their combined total to 41 goals this season.

Benzema suffered a knock to his shoulder against Barca but was optimistic he would be available this weekend. Madrid needed extra-time, though, to advance and it remains to be seen if fatigue is a factor against Athletic.

“The physical effort was huge but we kept going until the end,” said Ancelotti, who won four trophies in his first spell as Madrid coach but never lifted the Spanish Super Cup.

“We are tired but happy. We must rest and prepare for the final.”