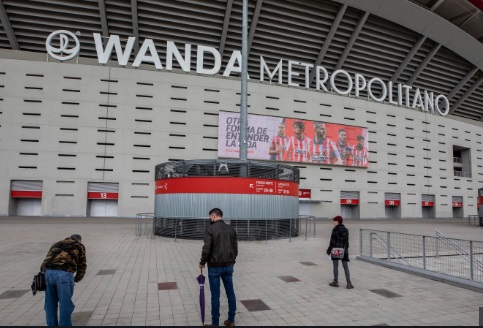 MADRID (AP) — A Spanish judge on Tuesday issued a preliminary ruling stopping FIFA and UEFA from taking any immediate action or making statements against the Super League.

The ruling from a mercantile court in Madrid said the soccer governing bodies must refrain from “directly or indirectly” hindering the creation of the breakaway European league.

Judge Manuel Ruiz de Lara ordered FIFA and UEFA to “refrain from taking any measure or action, or from issuing any statement, which prevents or hinders, directly or indirectly, the preparation of the European Super League.”

The 15-page ruling with precautionary measures, issued after a request by the Super League, said FIFA, UEFA and its members — including federations, clubs and domestic leagues — can’t threaten or sanction players and teams in the new competition.

The new league has attracted widespread criticism in the soccer world, and UEFA threatened to ban players from the participating teams from playing in the European Championship and next year’s World Cup.

The ruling tells FIFA and UEFA not to “exclude” Super League clubs and players from “any international or national competitions” in which they have already been regularly participating or have the right to participate.

The judge’s order prohibits FIFA, UEFA and their members from “announcing, threatening to announce or adopting any disciplinary measures” against “clubs or its officials or players” participating “in the preparation” of the Super League.

Several clubs and leagues have already criticized and acted against the new league. Leeds’ players on Monday wore warmup T-shirts with phrases “Earn it” on the front and “Football is for the fans” on the back, in an apparent message to the rebel clubs. Some clubs in Spain reportedly planned to do the same in the Spanish league games on Wednesday.

The judge warned FIFA and UEFA to “instruct” their members to follow the measures ordered by the court, and said that if any of them had taken actions before the court order, they should act “immediately to render them ineffective.”

Real Madrid president Florentino Perez will be the chairman of the controversial breakaway league, which has 11 other founding teams including fellow Spanish clubs Barcelona and Atletico Madrid.