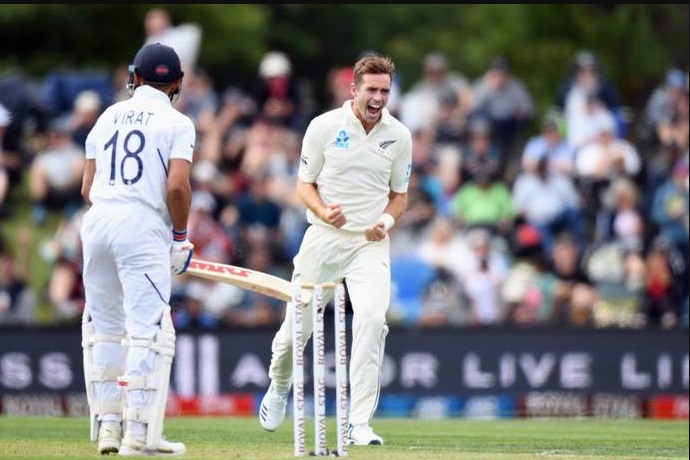 New Zealand fast bowler Tim Southee believes the upcoming two-Test series against England would serve as “great preparation” ahead of his team’s marquee World Test Championship final against India at the Ageas Bowl in Southampton from June 18.New Zealand is playing two Tests against England at the Lord’s (Jun 2-6) and Birmingham (Jun 10-14).

Asked if the focus will be on the WTC final, Southee said: “Anytime you get to play a Test match for New Zealand, it’s an amazing opportunity and I don’t think you treat them as warm-ups. Our focus is first and foremost on the two-match series against England.”

“….but great to have those matches leading to the final. So for us, it’s great preparation for that final but we are looking at two-match series against a quality English side in their conditions,” Southee added.

Southee also said that three Tests in as many weeks wouldn’t put too much pressure on the players.

“It’s exciting to play three Test matches in a short space of time,” Southee said after his first training session at the Ageas Bowl following a three-day hard quarantine.

“It is something that the team doesn’t get to do that often. We’ve come off a bit of a break, which has been nice, and (we have) been able to get some conditioning into our bodies…,” Southee said.

At 32, Southee believes he has many more years of Test cricket left in him with a role model like James Anderson to emulate.

“Age is just a number and it’s great to see guys like Jimmy bowl at 38, and it’s a dream playing for your country and I would like to do it for many more years to come,” he said.