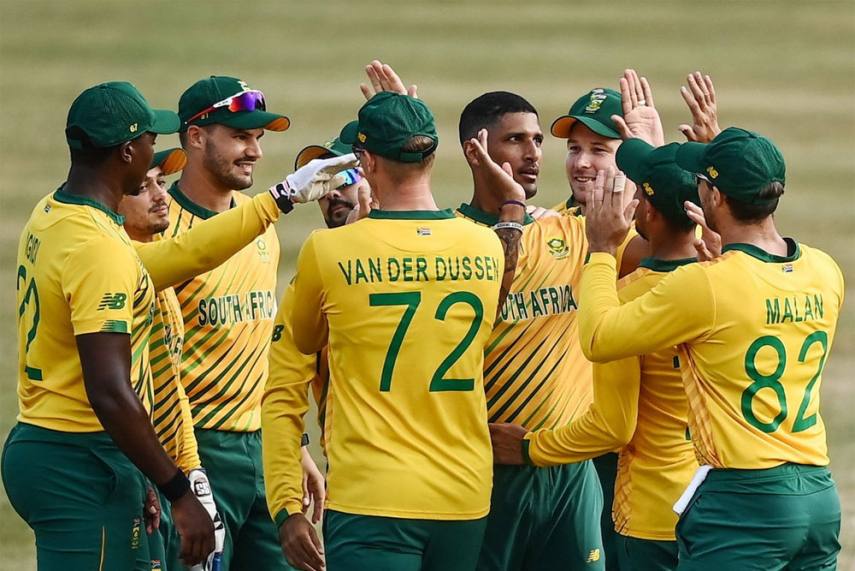 South Africa slipped to 58-5 after 10 overs but Miller led the fightback with Wiaan Mulder to post 159-7.David Miller made the difference as he blasted an unbeaten 75 for South Africa to win the Twenty20 series by beating Ireland by 42 runs.

South Africa slipped to 58-5 after 10 overs but Miller led the fightback with Wiaan Mulder to post 159-7.

Ireland wasted its bowlers’ sterling effort. The Irish bats fell to 56-5 after 10 overs but didn’t have a Miller to beat up the bowlers. Ireland was all out for 117 with three balls left.

South Africa has an unbeatable 2-0 lead with the third and last T20 scheduled on Saturday, also in Belfast.

The Proteas actually started badly. Temba Bavuma and Janneman Malan were removed for ducks in the first over by offspinner Paul Stirling.

Miller was dropped behind the wickets on 19 off a Josh Little delivery, and took advantage.

He and Mulder, 36 from 26 balls, repaired the damage in a stand of 58. Miller carried on and took 24 runs from four sixes, three flying over deep backward leg, off the last over bowled by Little.

Ireland found itself in similar trouble to South Africa at 56-5 after 10 overs but couldn’t turn it around. South African-born allrounder Shane Getkate top-scored with 24.

Opener Kevin O’Brien was out for a third straight duck, caught and bowled by Bjorn Fortuin. The left-arm offspinner earned 3-16 plus a maiden.

England vs India: After Avesh Khan, Washington Sundar Ruled Out Of England Tests, Says Report
All you need to know about The Hundred, cricket’s newest format