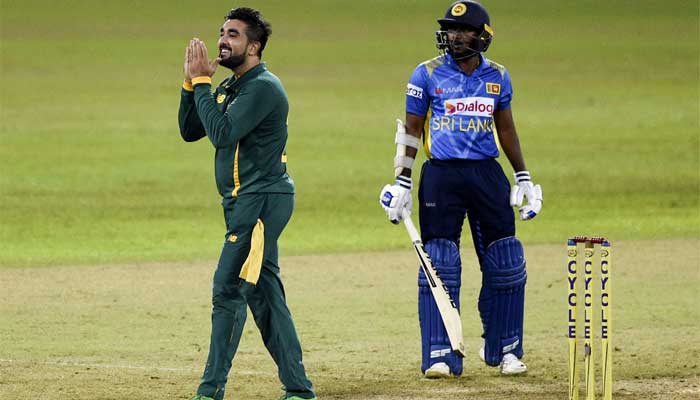 The series decider and last ODI is on Tuesday at the same R Premadasa International Stadium.

Rain interrupted Sri Lanka’s chase after 25 overs at 114-4. The target was reduced to 265 in 41 overs, but it was never likely. The home side was undermined at the start in falling to 19-3 and didn’t recover despite Charith Asalanka’s career-best 77.

Malan, the opener, featured in two big partnerships: 96 for the second wicket with Reeza Hendricks, and 86 for the fourth with Heinrich Klaasen.

He ran so much between the wickets that he endured cramp, and was eventually out lbw in the 45th over.

Sri Lanka won the first ODI by 14 runs after making 300 but South Africa bowled better two days later, especially at the start of the chase.

Fast bowler Kagiso Rabada took out Avishka Fernando and Bhanuka Rajapaksa within four balls, and when Wiaan Mulder induced an edge from Minod Bhanuka, Sri Lanka was 19-3 and in deep trouble.

Asalanka entertained with 77 from 69, including three sixes and five boundaries, but he also exited early, in the 29th over.

He was one of the five dismissals for spinner Tabraiz Shamsi.