Sourav Ganguly interview: ‘It is certainly going to happen’, BCCI president says board plans to start Women’s IPL in 2023 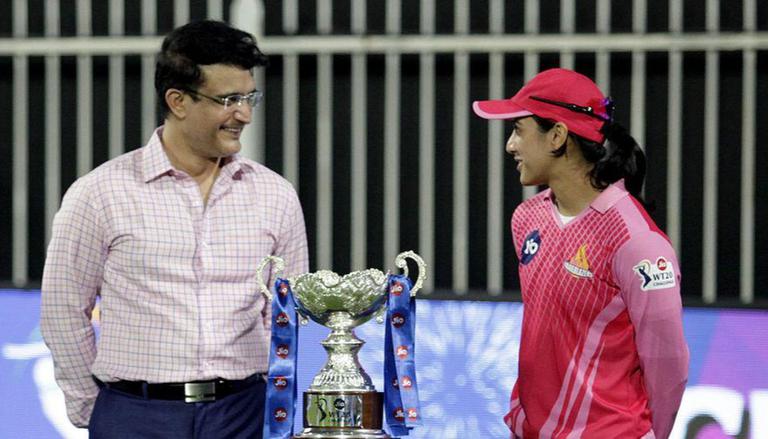 From COVID-19 disruptions to allegations that he has tried to influence selectors to criticism that not enough has been done for women’s cricket during his tenure, Sourav Ganguly has endured a challenging 26 months as BCCI President.

But in an exclusive interview with PTI, the former India captain not just rejected the accusations thrown at him but also offered a gentle reminder to his critics— much before becoming the BCCI boss, he was a celebrated India cricketer and played in a whopping 424 international matches, 113 of them Tests. Despite heightened criticism, BCCI are yet to launch a full-fledged women’s IPL. Image: Sportzpics for BCCI

Steering clear of the drama surrounding the end of Virat Kohli’s captaincy tenure, Ganguly answered questions on other sensitive issues like the recently-announced resumption of the Ranji Trophy in two phases, the still awaited decision on India’s new Test captain, and start of the Women’s IPL.

He also disclosed that the India-West Indies T20Is in Kolkata this month will be a “closed-door” affair and laughed when told about speculation of a possible rift with Board secretary Jay Shah.

Q: There have been allegations that you have been influencing the selection committee and you sit in the meetings to put pressure on the selectors?

Jayesh George isn’t a part of selection committee meetings. (I have played) 424 international matches for India. Not a bad idea at times to remind people about it, isn’t it? (laughs)

Q: How has been your working relationship with Jay Shah in the last 26 months in the Indian cricket board?

A: I share a fantastic relationship with Jay. He is a very dear friend and a trusted colleague. Me, Jay, Arun (Dhumal) and Jayesh (George), we have all been working together to get the board going in these difficult times especially with COVID-19 in these two years. To make sure that cricket happens. I would say it has been a fantastic two years. We have all done it as a team.

Q: What kind of a new Test captain are you looking at after Virat Kohli’s decision to step down?

A: Obviously, there are certain parameters of leadership and whoever fits the bill will be the next Indian Test captain. I believe selectors will have a name in mind and they will discuss it with office-bearers — President and Secretary — and it will be announced in due course of time.

Q: You had recently said that Rahane and Pujara will be playing Ranji Trophy. But does that mean they can get dropped for Sri Lanka Tests although that is now pushed to March?

A: What I meant was that they will play Ranji Trophy as it starts before the Sri Lanka series. After that, the selectors will take a call. Ranji Trophy Elite group starts in third week of February and Sri Lanka Tests are in March. It will completely be the call of selection committee and whatever they decide.

Q: When do we see someone like Hardik Pandya back in India fold? At least looking at options available right now, isn’t the team feeling Hardik’s absence?

A: Hardik was injured and a break was given to him to completely recover, so that he can continue to serve Indian cricket for a long period of time. I believe I will see him play some Ranji Trophy to start with.
I expect him to bowl a lot more overs and his body will get stronger. Also he is now captain of Ahmedabad IPL and that will be a platform where his form and fitness will be checked by selectors. Accordingly, they will take a call.

Q: Let’s talk about Ranji Trophy. The BCCI is finally getting it started but even after increasing match fee to up to Rs 2.4 lakh per game for a certain bracket, most teams would end up playing only three first-class games. Isn’t it a financial loss and an issue for all stakeholders?

A: They have played Vijay Hazare and Syed Mushtaq Ali also where the match money has increased. You have to understand that after we discussed with the medical team, it was decided to keep four teams in a group in a particular city as that was the only way we could probably maintain the sanctity of a bio-bubble in COVID times.

More number of individuals in any particular place would increase the rate of infections. That’s why venues are more and teams are less. The time-frame, as we had postponed the mid-January start due to spike in cases, was also a factor. We have to have the U-25, U-19 knock-outs, Women’s T20.

Q: Why isn’t BCCI starting the women’s IPL straightaway? Why again a T20 Challenge when a state unit like CAB is having a six team 90-player women’s T20 club meet?

A: We are at the level of formulation to have a full-fledged WIPL. It is certainly going to happen. I strongly believe that next year i.e. 2023 will be a very good time to start a full-fledged women’s IPL which will be as big and grand a success as men’s IPL.

Q: IPL is being held in India hopefully. How big a relief will that be?

A: Well, as BCCI has always maintained that this is the Indian Premier League and we would ideally want to hold it in India. Yes, we haven’t yet officially announced as we are still tracking the COVID-19 situation in the country. Yes, we would finalise the venues in some time. The plan is very much to hold it in India and we are preparing accordingly.

Q: Any special celebrations for India’s 1000th ODI, which will be against the West Indies on Sunday?

A: No, nothing as such as everything is being held in the bubble. We have to maintain the COVID-19 protocols so yes elaborate celebrations won’t be possible and in any case matches are being held closed doors.

Q: The state government has allowed 75 per cent spectators at the Eden Gardens for the three T20Is. But isn’t BCCI wary given Motera is having closed-door ODIs?

A: Let me put this on record. We are not allowing spectators at the Eden Gardens for the three T20 Internationals. There will not be any tickets for general public. The only people allowed are CAB officials and representatives of the various units.
In these times, we can’t risk the health of the players by allowing spectators. No tickets for the stands of Life or Associate members will be issued. Obviously, we have the clearance of West Bengal government but BCCI doesn’t want to risk the health safety of players.