Some in BCCI made an attempt to make sure I didn’t get the job in 2017, reveals ex-India coach Ravi Shastri 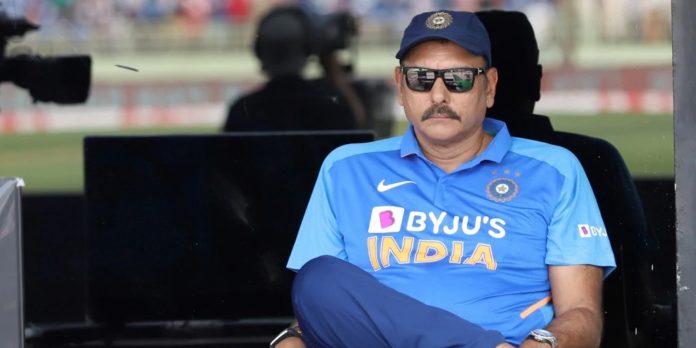 Former India head coach Ravi Shastri may not have guided his team to ICC trophies of late, but his tenure as coach in the last four years has witnessed tremendous notable success overseas, especially in the Test format.

While the highlight of Shastri’s stint as head coach was India’s Test series wins over Australia in Australia in 2018/19 and 2020/21, it also saw India rise to the top of the ICC Test rankings. However, failures to win major ICC tournaments have been a setback in Shastri’s tenure, with India falling short of the World Test Championship (WTC) title, while succumbing to a group stage exit at the T20 World Cup — both being held this year.

Shastri had been with the Indian team since 2014, when he joined as ‘Team Director’ while the then head coach Duncan Fletcher retained the post of head coach.

While his tenure as team director was for a contract of eight months, he took charge of the team for one more year after Fletcher’s contract ended following the 2015 World Cup.

Shastri, as team director again, oversaw India’s road to the semi-finals at the 2016 T20 World Cup, where they lost to eventual champions West Indies in the last four clash. His tenure as team director ended right after that.

In June 2016, he was the front-runner for Team India’s head coach job, but eventually lost that to Anil Kumble, with Shastri terming the development as a ‘bolt out of the blue’.

“There was this bolt from the blue. In less than two years after I was asked set aside my broadcast career, leave everything else and join the team, I suddenly found myself out for no reason. I had sown the seeds and the fruits were beginning to show and out of nowhere I came to know I was being replaced. Nobody told me why,” Shastri said in a recent interview with Times of India.

Kumble was offered a one-year contract, but after the 2017 Champions Trophy final where they lost to Pakistan, BCCI opted not to renew his contract and Kumble resigned amid a reported rift with Virat Kohli. In July that year, Shastri was appointed as head coach, but he opened up on that incident in 2016, where he said that he suddenly found himself out for no reason.

Shastri, without taking names, also added that there were attempts made to ensure he didn’t get the job in 2017 as well.

“During my second stint, I came after a huge controversy. And it was literally egg on the faces of those who wanted me away. They opted for someone and nine months later, they came back to the very guy they threw out. And I’m not pointing any fingers at people (BCCI) in general. Specific people. I must say an attempt was made to ensure I don’t get the job. But such is life,” he added.

Shastri then elaborated on how much that decision by the BCCI had hurt him. “Yes, more than anything, it hurt because of the manner in which it was done. For all that I had contributed, just on one word from the BCCI, there were better ways to let me know: ‘Oh look we don’t want you, we don’t like you. We want somebody else’ — if that was the case. Anyway, I went back to do what I do best — which is television.

“Around nine months passed, and I didn’t even have a clue that there was anything wrong inside the team. I mean, what could’ve been wrong? I was told there was a real problem and I said — how can there be a problem in nine months? The team that I had left was in such a good space. How the hell in nine months could something go that drastically wrong?,” the 59-year-old questioned.

Shastri’s contract was originally till the 2019 Cricket World Cup, where India suffered a heartbreaking exit in the semi-finals, but was extended for two more years till the 2021 T20 World Cup.