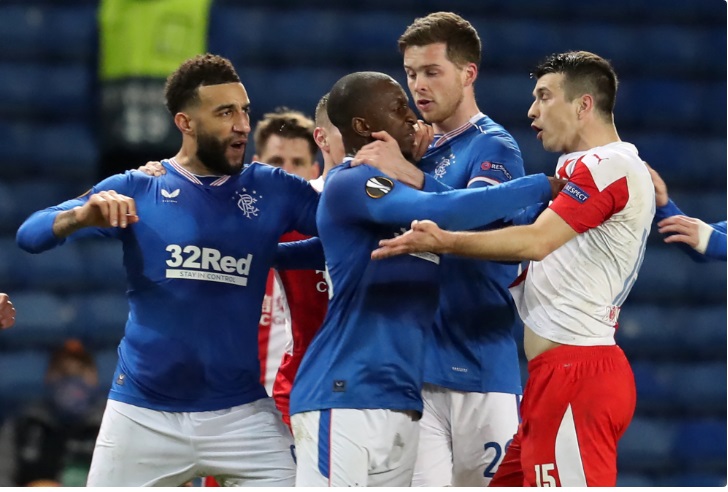 The law firm that represents him announced the move on Friday — a day after Kúdela received a detailed verdict from UEFA.

The ban prevents the 34-year-old Kúdela, who has recently been a starter for the Czech Republic, from playing at the European Championship.

The Czechs begin their Euro 2020 campaign on June 14 against Scotland in Glasgow. It was in the same city that Kúdela was found to have racially abused Rangers midfielder Glen Kamara on March 18.

Kúdela acknowledged swearing at Kamara but denied using racist language, which another Rangers player also claimed to have heard.

Ten games is the minimum ban for racial abuse in UEFA’s disciplinary code.

Slavia published apologies by the club and its player to Kamara and offered to work “with major anti-racism British organizations.”