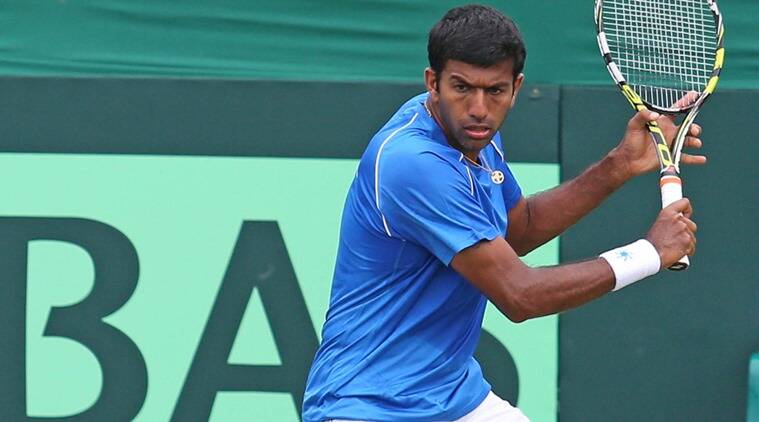 New Delhi: Veteran Indian tennis player Rohan Bopanna says the presence of singles players in the doubles draws, in a way, is good for the sport as they draw more fans into the stadiums and that goes a long way in promoting the doubles format.

The sport lives on the superior, physically and mentally demanding singles style but at the same time the doubles format is also getting tougher by the day because when the top singles player unleash their high-quality game, it makes the doubles matches more interesting, tough and tricky.

When only the doubles rankings were considered for entries, the format was even for its exponents. But acceptance of singles rankings has brought top players and established stars in the fray, making it difficult for doubles player to sustain.

Bopanna said it can’t be said in certain terms if it’s good or bad but presence of singles players does have an advantage.

“That’s a catch 22 situation, talking about it,” Bopanna said when he was asked if it wasn’t better if only doubles specialists play this format.

“Lot of singles player?s do play doubles to improve their game. (Denis) Shapovalov (Bopanna’s partner) is somebody who enjoys playing doubles and simultaneously he is also learning so much, whether it’s his accuracy on returns, his volleys, or returns, which helps him so much in the singles.

“Today, I know cut offs of all the tournament get tougher and tougher because a lot of (singles) guys are playing doubles.

“It will be great for doubles players if the rules go back in the day when it was only the doubles ranking but that’s not really going to change. That’s why sustaining the ranking by playing at the highest level is very important, otherwise it is tough get into 500s and 1000s.

“In a way, having singles players you have lot of people watching (the game). At the end of the day, doubles is also getting promoted, so this is catch 22 situation, not sure whether you have them there, or have only doubles players with doubles rankings.”

Bopanna is set to compete at the Tata Open Maharashtra with compatriot Ramkumar Ramanathan.

Recently, India’s Arjun Kadhe said he has decided to focus more on doubles and top singles player Yuki Bhambari also said he would actively compete in the doubles format.

Bopanna, 41, said the key for them would be to keep their rankings high.

“Even if you are taking the doubles route, it is extremely difficult. There is no guarantee it is easier route.

“Having played for so many years, (I know) it’s about sustaining for years and years and that’s the key. In the men’s doubles, I was the only one playing at the Grand Slams, we have so many wonderful players. Keeping ranking high, day in and day out is the key.

“It’s a good opportunity for Yuki and Arjun, if they are taking that route to try and do well in the circuit, but it’s not just about playing.”

Bopanna hoped that some young players will take the baton from the current generation.

“I know there’s a gap from the guys who playing like Ram or Sumit, Praj. Having said that there are more Challengers (in India). It will take a few years but there are talented youngsters in India who need to get chance in India and get their ranking high enough.”

Bopanna, the winner of a mixed doubled Grand Slam Trophy, said India does need an ATP 250 event on its circuit along with Challengers and ITF Futures.