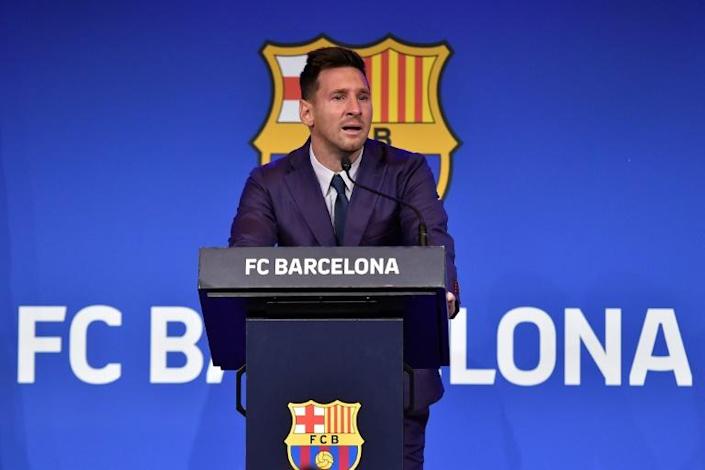 A tearful Lionel Messi told a press conference in Barcelona on Sunday that joining French giants Paris St-Germain was a “possibility”. Cash rich PSG are one of the few clubs able to afford the Argentinian who confirmed he is leaving the club where he has played his entire career. A move to Paris would reunite Messi, 34, with his close friend Neymar with whom he played at Barcelona. However, Messi said that “nothing has been signed with anyone” and insisted that a picture of him which has made waves on social media in recent days of him on holiday with PSG stars including Neymar and Angel Di Maria was “just a photo”.

He said there was no question of his having engineered a path to the Parc des Princes, adding that there had been interest from other clubs.

“When the press release (of his departure) was published, I received a lot of calls from interested clubs,” he told reporters who applauded him for several minutes as he took the stage at the start of the press conference.

“For the moment nothing is arranged but, yes, we are in discussion,” Messi added.

According to Le Parisien, an agreement between PSG and the Argentinian could take place as early as later on Sunday.

French sports daily L’Equipe forecast a “record contract” of three years, “with an annual net salary of 40 million euros”.Messi could sign for two seasons, plus an optional one.

The Spanish press adds that the quadruple winner of the Champions League could receive a signing bonus of 30 million euros.