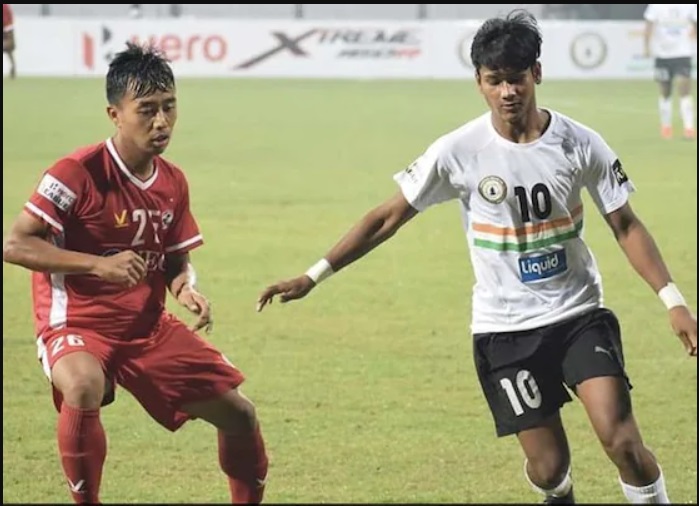 Shubho Paul, a 17-year-old Indian striker, has been picked by German powerhouse Bayern Munich for their world under-19 squad. The teenager, who hails from West Bengal’s Howrah district, will now take part in Bayern’s training programme. Paul was picked by Bayern via a talent hunt programme launched by the club to select 15 footballers from across the world to form their ‘World Squad’. The talent hunt was led by Bayern legend and World Cup winner Klaus Augenthaler and their coach of international programmes Christopher Loch.

According to the guidelines on Bayern’s website, to participate in the talent hunt programme, a player should be born between 2003 and 2004. The participants were also asked to send their short videos.

Now, Paul will travel to Germany, where he will train for two weeks in July. The ‘World Squad’ of Bayern is also slated to face other youth teams of Bundesliga.A look at Shubho Paul’s exploits in Indian football:

Paul, a member of India’s Under-17 team, was picked by Sudeva FC’s talent scouting team during their youth trials in 2017 and since then he has been nurtured by the I-League side. Paul started his career with Sudeva’s Under-13 team and, now, is the captain of their senior I-League team.

In his debut season, the dynamic striker netted 58 goals in just 14 matches and the rest is history. He also emerged as U-13 I-League’s leading goal scorer.

After his exploits in the U-13 team, Paul was handpicked by the Indian football team and invited to join the India U-15 national camp. He netted 13 goals during the 2018-19 season of the AIFF U-15 Youth League and caught the attention of football fraternities across the country.

He was also part of India U-16’s exposure tour of Turkey in 2019-20. In the event, Paul scored three goals in two appearances.

Paul was also part of India’s 2019-20 AFC U-16 Championship qualifiers in Uzbekistan, where he scored three goals in as many games. He also played in AIFF U-18 Youth League and scored 14 goals in the event.

He was part of Sudeva FC’s squad in the 2020-21 I-League season. He scored two goals in eight games in the match.

She tweeted, “My heartiest congratulations to Subho Paul, who has been selected to represent FC Bayern Munich World Squad in Germany. At the young age of 17, he has shown the world what football truly means to Bengal – beyond sport, it’s an emotion. Proud moment for our country.”

My heartiest congratulations to Subho Paul, who has been selected to represent FC Bayern Munich World Squad in Germany.

At the young age of 17, he has shown the world what football truly means to Bengal – beyond sport, it's an emotion.

Proud moment for our country.

All you need to know about Shubho Paul, the 17-year-old picked for the @FCBayernEN World Squad, ✍️ @espnindia

Euro 2020: “Dominant” Italy Get Off To Impressive Start Against Turkey
Euro 2020: Russia’s Andrei Mostovoy Positive For Covid, Out Of Tournament