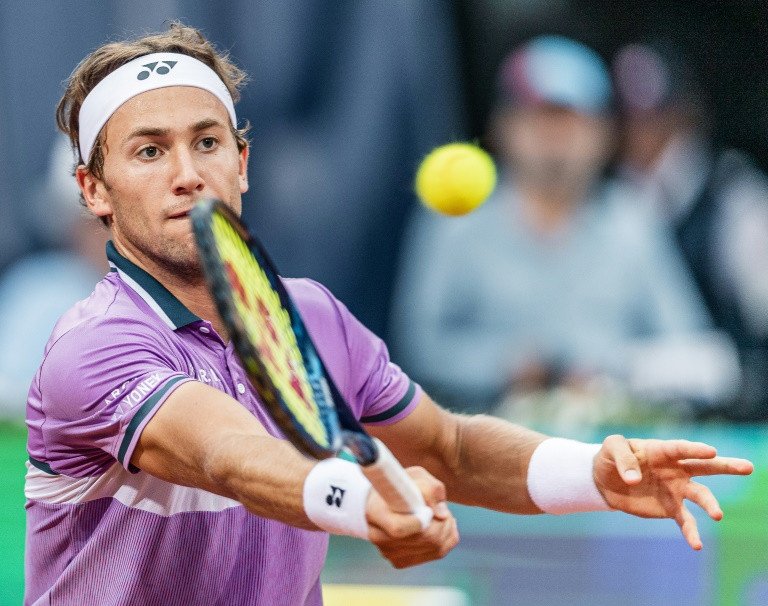 Norway’s Casper Ruud on Saturday became the first player since Andy Murray in 2011 to win three ATP titles in as many weeks.

The 22-year-old also won titles in Bastad and Gstaad on the previous two weekends.

Former world number one Murray achieved the same feat in October 2011 when he swept up titles in Bangkok, Tokyo and Shanghai in consecutive weeks.

“I am shaking all over my body. It feels amazing,” Ruud told atptour.com.

“I was very nervous at the end, I knew what I was playing for. Three in a row is something special. What a day to play the final, rain on and off all day.

“I’m just very excited and happy that these three weeks are over, and that I won all of them.”

The final was suspended due to rain for the best part of three hours with the match eventually ending at 11:30pm (2130GMT).

Martinez, 24, was competing in his first ATP Tour final.