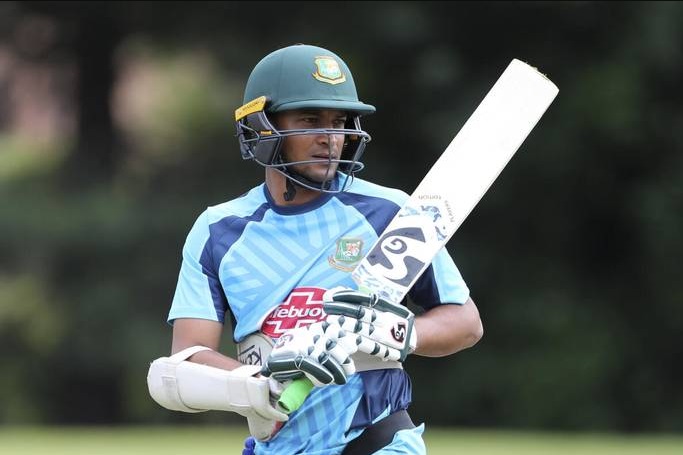 Bangladesh all-rounder Shakib Al Hasan has been suspended for three matches and fined $5,900, following his on-field meltdown during a  Dhaka T20 Premier League match between Mohammedan Sporting and Abahani Limited.

Shakib had lashed out at umpire Imran Parvez for rejecting an lbw appeal against Mushfiqur Rahim on Friday. Furious with the decision, Shakib kicked the stumps and before the rain stopped play, he uprooted them and threw it away. The Bangladesh international, also the captain of Mohamedan, had a heated conversation with the umpire.

Earlier while batting, Shakib wasn’t pleased with Arafat Sunny’s bowling action. He felt the spinner was chucking and he tried to indicate that to the square-leg umpire by gestures.

While returning to the dressing room, Shakib had a few things to say to the Abahani players with gestures which enraged Khaled Mahmud, the coach.

“Dear fans and followers, I am extremely sorry for losing my temper and ruining the match for everyone and especially those who are watching from home. An experienced player like me should not have reacted that way but sometimes against all odds it happens unfortunately. I apologise to the teams, management, tournament officials and organizing committee for this human error. Hopefully, I won’t be repeating this again in the future. Thanks and love you all,” Shakib later said in a statement issued on his Facebook page.