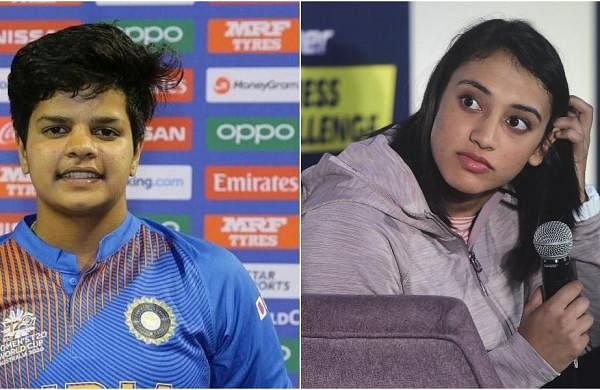 Dubai: Indian opener Shafali Verma dropped a place to be second among batters while her compatriot Smriti Mandhana is static at the third position in the ICC Women’s T20 rankings released on Tuesday.

Verma has 726 rating points in her kitty while Mandhana has 709 points.

Australia’s Beth Mooney climbed a spot to top the chart with 754 points.

The Australians dominate the ranking chart as besides Mooney, two other from the country – skipper Meg Lanning and Alyssa Healy (6th) – feature in the top 10.

After the first T20I against India was washed out, Mooney returned with scores of 34 and 61 as Australia emerged victorious in the multi-format series. Mooney was originally not part of the squad but came in as a replacement for Rachael Haynes, who had to bow out owing to an injury.

Mooney’s teammate Sophie Molineux too made significant gains in the latest rankings update, breaking into the top 10 for bowlers after climbing 12 spots to be placed at No. 9. Molineux scalped three wickets in the series at an economy of 5.60 that helped restrict India to below-par scores in the last two games.

Among other Indians, Rajeshwari Gayakwad, who ended up as the leading wicket-taker of the series with five wickets in two innings, rose to the 12th spot.

Ashleigh Gardner broke into the top 10 to occupy the 10th spot in the all-rounders’ list, thanks to her fine display with the ball that saw her finish the series as Australia’s leading wicket-taker.

Georgia Wareham, who finished with three wickets and 23 runs in the three games, jumped 14 spots to a career-high 48.