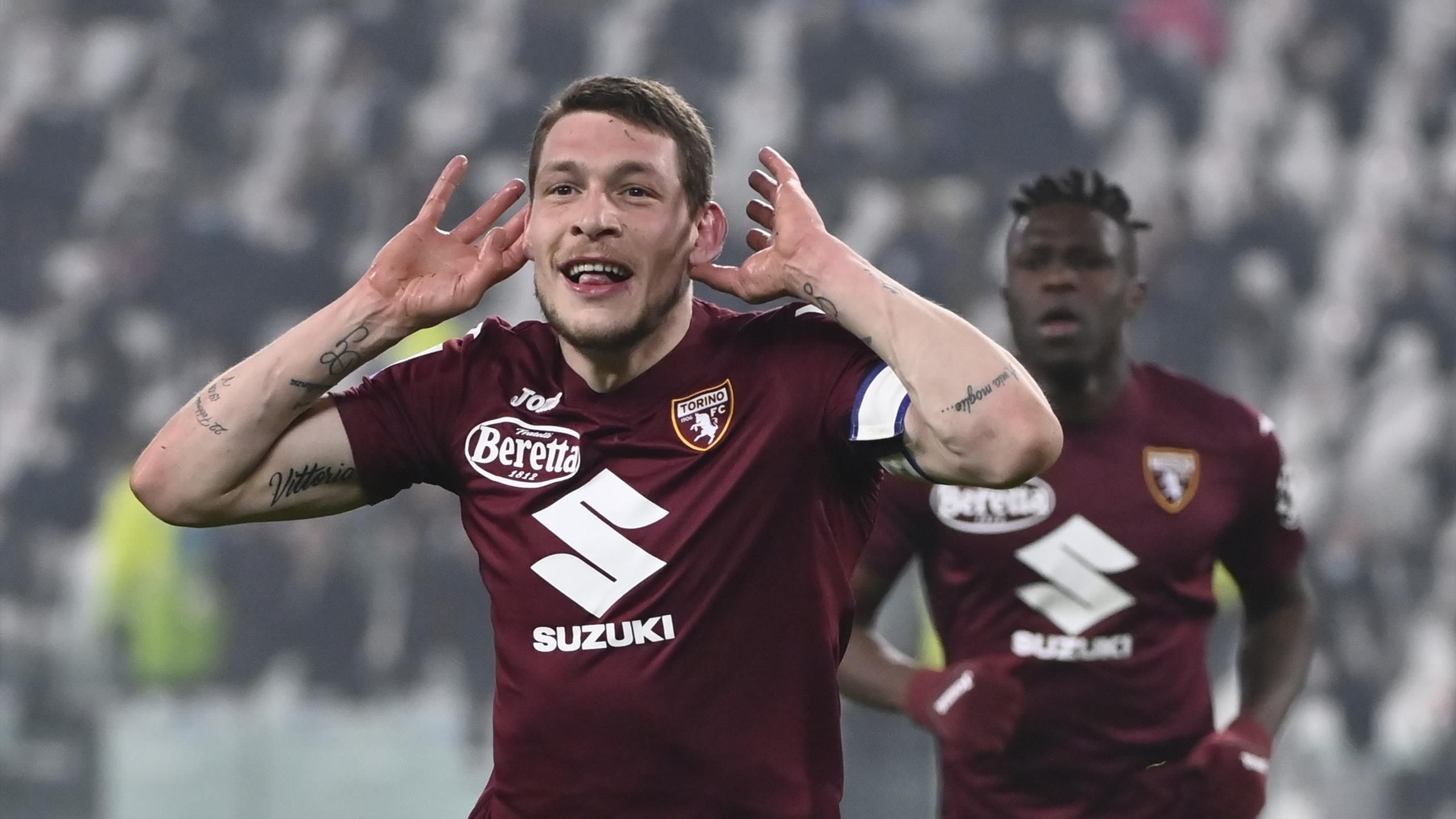 Turin: Andrea Belotti was the derby star for Torino with the leveller in Friday’s hard-fought 1-1 draw at Juventus which hands Atalanta the advantage in the Champions League race.

Injury-plagued Belotti swept home Torino’s equaliser in the 62nd minute of his first start since late November, earning Ivan Juric’s side a fully-deserved point at the Allianz Stadium.

“I’m happy my goal helped us draw but it’s a shame we didn’t win because we played really well today. Had we won I don’t think it would have been undeserved,” Belotti told DAZN after his first goal since the end of October.

“It’s been a long time… But I’ve spent the time trying to be as close to my teammates as possible and watch them play so that I know what the manager asks of us. That’s made it easier to come back.”

The Italy international’s leveller came in what could well be his last Turin derby after nearly seven years at 10th-placed Torino.

Italian media report that the 28-year-old has refused an extension worth 3.5 million euros a season to his current contract, which expires at the end of the season.

“If it is my last derby I’m proud of myself and my teammates because today we put in a great performance,” said Belotti.

The draw means that Juve, who took the lead in the 13th minute through Matthijs de Ligt, can lose their spot in the top four if Atalanta win at Fiorentina on Sunday afternoon.

Atalanta are three points behind Massimiliano Allegri’s fourth-placed side but have a better head-to-head record and goal difference, as well as having a game in hand.

Allegri was without injured captain Giorgio Chiellini and Leonardo Bonucci and lost another defender in Daniele Rugani during the pre-match warm-up.

He said he was “not worried” about Paulo Dybala’s condition ahead of Juve’s Champions League trip to Villarreal on Tuesday, despite the Argentina forward leaving the field 10 minutes before Belotti’s goal with what reported as a left thigh injury.

Juve were pushed back into their own area in the opening moments but were unlucky not to take the lead in the 11th minute when after a blistering counter-attack Adrien Rabiot fired an angled drive just wide.

The hosts had their tails up after that attack which swept the length of the pitch, and soon after De Ligt thumped home a powerful header from Juan Cuadrado’s inswinging corner.

Torino had won just one of their previous 31 derbies but were not cowed by going behind and continued to push forward, only to find De Ligt and goalkeeper Wojciech Szczesny in solid enough form to keep the final ball from being dangerous.

The roles were reversed at the start of the second half, with Juve on the front foot even after Dybala was replaced by Weston McKennie.

However Belotti lashed home his third goal of the season with a true striker’s finish from Josip Brekalo’s cross.

Juve laid seige to the Torino goal but the away side, led by the impressive Bremer who kept Dusan Vlahovic quiet, held firm and left with a point.