Sergio Aguero retires as one of the greatest of all time, possibly the best in Premier League 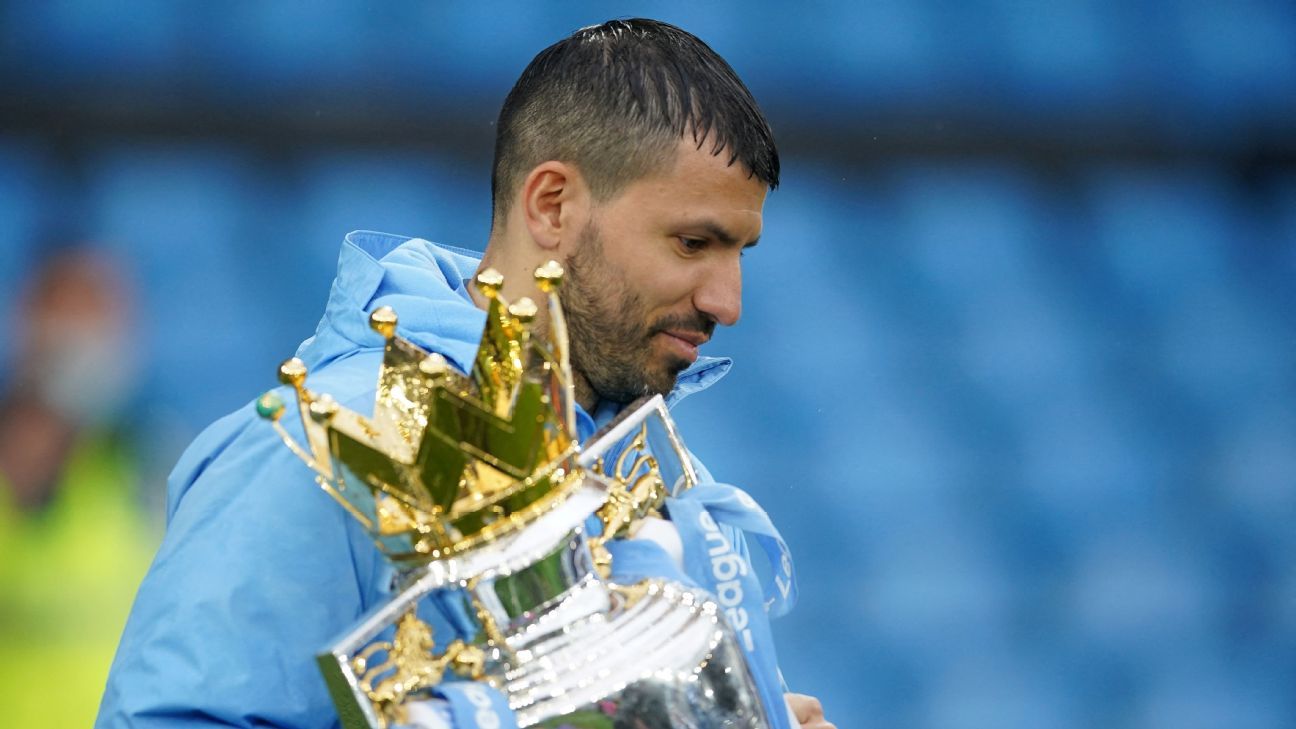 The electronic clock shows 94:05. A moment of silence. A collective sigh of relief, the sound of forty thousand pairs of lungs relaxing.

Anfield had been boisterous for this entire cold January evening. Even as Manchester City made a late comeback from 4-1 to 4-3, the belief of a Liverpool victory had been loud and proud. This was until they saw Sergio Aguero in the 95th minute, propelling himself through the air, parallel to the ground, to meet Kevin de Bruyne’s cleverly placed free-kick. The ball hit the side-netting, Anfield’s voice came back, but the wry smiles on Jurgen Klopp and Dejan Lovren told a story. They had escaped an Aguero Moment.

Sergio Aguero walked around with an air of inevitability. It did not matter where he got the ball; the likelihood of a Manchester City goal just seemed to rise around him. Outside the box, easy. Overhit crosses and through-balls, sure. Angles so acute even defenders were happy to see the ball go out, no problem. He could find space within the eye of a needle.

In the Premier League, that’s about as much space as centre-forwards are given. Defenders hounded, hacked, and double-marked, but a low centre of gravity and battering rams for legs meant that he could dribble past or shoot from a tight space.

For ten years, across different managers and tactical styles, Aguero was Manchester City’s talisman. In rain, shine, or sleet, midfielders in blue did all sorts of nice things and eventually looked for that familiar face to play the ball onto.

This summer, as Aguero’s time in England drew to a close, Pep Guardiola warmed up to the idea of a farewell parade of sorts. In City’s last league match, against Everton at home, Aguero came on in the 65th minute. Online forums were abuzz with the odds of him scoring. Everton looked all over the shop against a slick City attack, but could this be?

Oh, it be. Twenty-five minutes were enough for him to score a brace — a poetic bookend for a career that began with a brace, from the bench, on this very patch. The 2021 May version of Aguero was slower and less mobile, struggling with recurring injuries and a battered body. And yet, a sliver of space was enough.

At the title presentation ceremony, Guardiola was teary-eyed. “We cannot replace him.” How indeed do you replace a striker who scored 260 goals in 390 games? That afternoon, Aguero had carved himself the record for most goals for a single club by a player. His 184 strikes for City were one more than Wayne Rooney’s 183 for Manchester United. Aguero also stands atop the hat-tricks and minutes-per-goal mountains, ahead of luminaries like Henry, Nistelrooy, and Salah.

All this while, as he was rewriting history books in England, Aguero was out of favour in national colours. At his peak, Argentina reached three major finals. All three had to use thirty minutes of extra time, totalling 360 played minutes. Aguero played 200 of those, substituted into two, and out of one. It is quite a trip to watch the highlights of those games now, as all the chances that others squander look like they were meant for him.

Aguero shares an incredible chemistry with Lionel Messi. Messi is one of his closest friends and godfather to his son. Amongst everything else Argentina tried in a top-heavy team, they somehow did not try enough to maximise this into on-pitch success. Maybe that friendship was the reason Aguero chose Barcelona this summer. Because, in all other ways, it was an odd decision. Even in the twilight of his career, the current Barcelona outfit just seemed like a massive downgrade for him. But he was here, even if things eventually transpired such that he wouldn’t get to play ball with his friend.

On 24th October, he came off the bench for his first ever El Clasico. In his time with Atletico Madrid, Aguero had played his share of Madrid derbies, but this was the big one. He looked gingerly, off-pace, unsure of his role within Ronald Koeman’s plans. In the last minute of the game, as Madrid began to relax into a 2-0 lead, there was Aguero again. A goal to light up Camp Nou. Maybe the game wasn’t over.

As it turns out, that was the last top-flight goal we will see from Aguero. A week later, while playing against Alaves, Aguero fell to the pitch clutching his chest. It was a macabre sight. The scars from this summer, of watching Christian Eriksen collapse against Finland, were too fresh. You could see the tension in the eyes of the Barcelona players and medical staff. The worst fears were soon quelled – Aguero would be fine but he had suffered cardiac arrhythmia. Doctors suggested a minimum three-month recovery period.

On Wednesday afternoon, Aguero announced his retirement through a press conference. “My health comes first. Medical staff have told me it’s best to stop playing and so I’m now leaving Barcelona and retiring from professional football”

One evening in 2003, Club Atletico Independiente from Buenos Aires had brought on a fifteen-year-old, diminutive centre-forward from the bench in their match against cross-town rivals San Lorenzo. Aguero became the youngest Argentine to play top-flight football, breaking the record previously held by one Diego Armando Maradona. Watching him against Everton this summer felt like watching the same fifteen-year-old – all energy, getting into tiny spaces, craving the ball.

The word “great” is thrown about a lot in football. It sits comfortably on Sergio Aguero’s shoulders. He retires as one of the greatest of all time, and possibly the best in the Premier League during the decade he spent there.