Serena Williams Retires In Tears From Wimbledon First Round Match 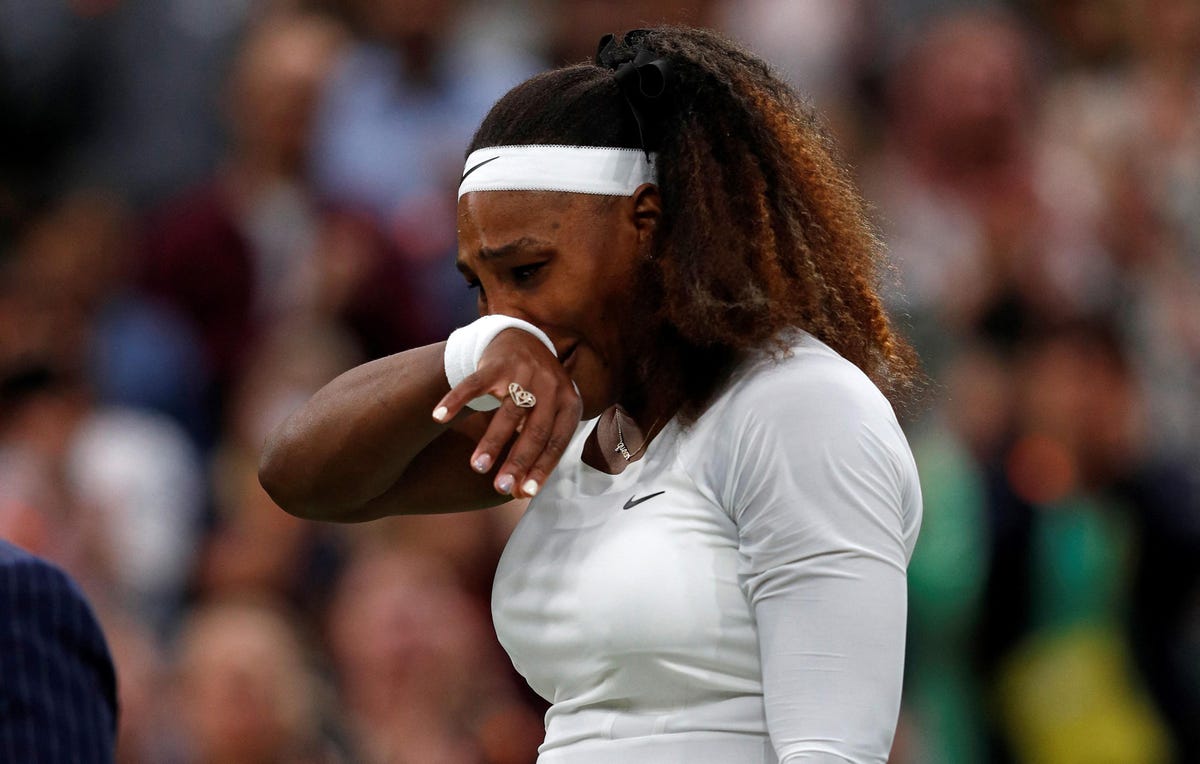 American legend Serena Williams’s dreams of winning an eighth Wimbledon singles title and equalling Margaret Court’s Grand Slam singles record of 24 ended in tears on Tuesday. The 39-year-old was leading 3-1 in the first set of her first-round match against Aliaksandra Sasnovich of Belarus when she slipped and had to have her left ankle examined. Williams returned from receiving medical attention but called it a day at 3-3 and walked off Centre Court in tears. It is the first time that Williams has bowed out in the first round of Wimbledon.

We're heartbroken for you, Serena.

Our seven-time singles champion is forced to retire from The Championships 2021 through injury#Wimbledon pic.twitter.com/vpcW1UN78s

The tears said it all as with the withdrawals of 2019 champion Simona Halep and of Naomi Osaka prior to the tournament the American would have fancied her chances of at last equalling the controversial Court’s landmark.

Williams was giving the Olympics a miss anyways giving her time to recover ahead of the US Open in September which she has won six times.

“Brutal for @serenawilliams but centre court is extremely slippy out there. Not easy to move out there,” tweeted British star Andy Murray.

Brutal for @serenawilliams but centre court is extremely slippy out there. Not easy to move out there.

Williams, who also had strapping on her right thigh, hasn’t won a Slam since the 2017 Australian Open.

William’s slip came at the same end of the court as that of Adrian Mannarino which brought a premature end to the Frenchman’s hard-fought match with Roger Federer.

Mannarino slipped and fell late in the fourth set and pulled out at the beginning of the fifth set.

Federer remarked he felt that the surface was more slippery when the roof is in use which it had been due to rain earlier on Tuesday.

Novak Djokovic Eyes Third Round On Wimbledon’s Courts For Concern
“I’m Good At What I Do”: Venus Williams Marks 90th Grand Slam With Opening Wimbledon Win