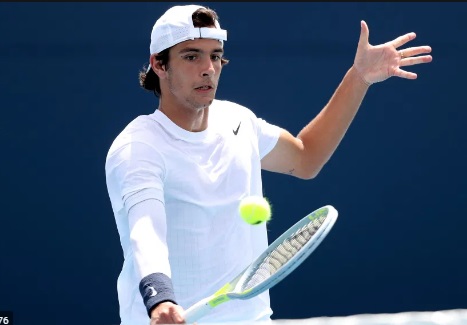 Milan: Italian teenager Lorenzo Musetti saved four match points to oust top seed Daniel Evans of Britain to advance to the quarter-finals of the ATP tournament in Cagliari on Thursday.

Musetti, 19, the recipient of a wild card this week for the main draw in Monte-Carlo, had gotten off to a flying start on the Mediterranean island with two break points to lead 5-0 before, sealing the set in 24 minutes.

Evans changed tactics in the second set with a more aggressive style allowing him to level proceedings 6-1.

The 30-year-old Englishman had the edge in the third set tiebreak, his Italian rival had trailed 5/2, but saved match points at 3/6 and 7/8.