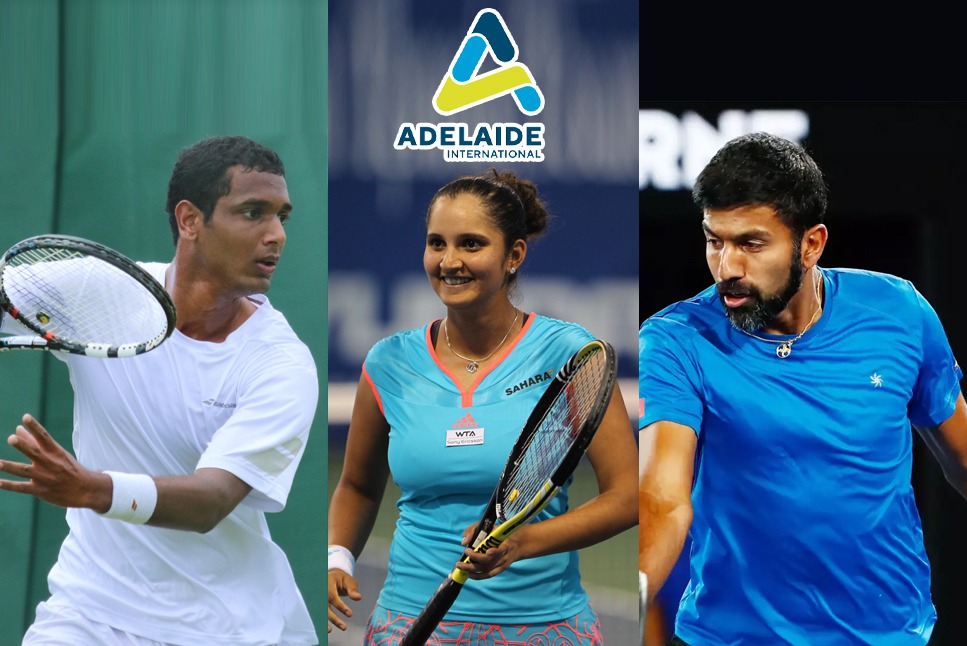 Veteran Indian tennis players Sania Mirza and Rohan Bopanna, who enjoyed good runs on the Pro circuit last week, bowed out of the second Adelaide ATP and WTA events after first round defeats with their respective partners, on Tuesday. Sania and Ukrainian Nadiia Kichenok, the second seeds, lost the opening round of the WTA 250 event 3-6 3-6 to Czech pair of Tereza Martincova and Marketa Vondrousova in 61 minutes. They had reached the semifinals last week.

At the men’s event, Bopanna and his French partner Edouard Roger-Vasselin lost their first round 4-6 6-3 3-10 in 69 minutes to Americans Steve Johnson and Austin Krajicek, who served extremely well and handled returns smartly.

Bopanna had won the men’s doubles with compatriot Ramkumar Ramanathan.

Bopanna made too many errors in the Super Tie-Breaker, in which they fell behind 1-6 from where it was extremely tough to make a comeback.

Both Bopanna and Sania will now play at the season’s first Grand Slam, the Australian Open.