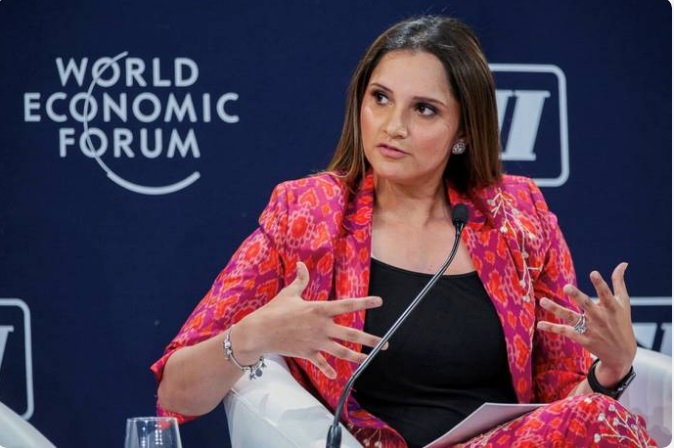 Every challenge is an opportunity to step out of your comfort zone and grow into a better person. Sania Mirza does believe that it is a great opportunity, especially for Ankita Raina, Rutuja Bhosale, and Karman Kaur Thandi, to face the formidable Latvia in its backyard in the Billie Jean King Cup.

Competing in the World Group play-off for the first time ever is an honor well and truly earned for the Indian women’s tennis team. By competing hard, to the best of their ability, the Indian players would be able to convince themselves about the progressive path lying ahead of them.

“I just want to tell them, you have nothing to lose. It is really an amazing opportunity, experience, and exposure to understand the highest level of tennis. With Ostapenko and Sevastova, you are playing a Grand Slam champion and someone who has been in the top-50 in the world for a while. So, just put your head down, play with your heart. Understand that the pressure is on them, it is not on you. Just enjoy the moment,” said six-time Grand Slam champion Sania, when queried about her message for the team.

The Indian team has assembled in Jurmala for the tie to be played on indoor hard courts on April 16 and 17, against former French Open champion Jelena Ostapenko and Latvia No.1 Anasija Sevastova.

“Ankita is a bit ahead of the other girls, in terms of ranking at least. She has got a WTA event under her belt which is amazing. All three of them, to make that next big step, need to do a few things right and a lot of things have to fall into place. They have all put in the hard work. It is about clicking at the right time. Playing good tennis at the opportunities that they get, they can really step it up and move forward. I think Ankita is a little closer to that than the other two. Karman is someone who is very very talented. She is still young. If she stays injury-free, I think that is the most important thing for her,” reasoned Sania, as she viewed the prospects of her teammates.

It was thoughtful of Sania to invite Ankita for a week-long training in Dubai.

“It was quality practice for both of us before coming for such an important tie. Am always happy to help the girls, whenever I can. We were able to put in quite a few hours of practice and bond well,” she said.

Even as she focuses on the job on hand against Latvia, Sania was willing to look at the bigger picture for the season, the Tokyo Olympics.

“I am preparing for Tokyo. With the COVID situation, we have to take it day by day. I am doing everything I can, and playing as much as I can, under the circumstances. I am looking forward to my fourth Olympics. It is an honor to represent India, and give myself another shot at it,” she said.

Motherhood does not stop her from playing her best, as she showed by winning the title on her return, but Sania conceded that it was hard to stay away from her son Izhaan.

“I do have a good system and a good team around me. So, it is not a challenge for me to focus on my tennis with my son around. But, I do find it challenging to leave him and go as I have had to do this week, because of the COVID situation. I don’t want to risk putting him on flights. It is inconvenient, but also from a safety point of view. Otherwise, on the tennis court, I just think of the ball. That is why am able to play at a high level,” said Sania.

It is her confident personality and single-minded focus that has taken Sania to the top of world tennis. Her teammates will have another good chance to imbibe the valuable points this week in Latvia.