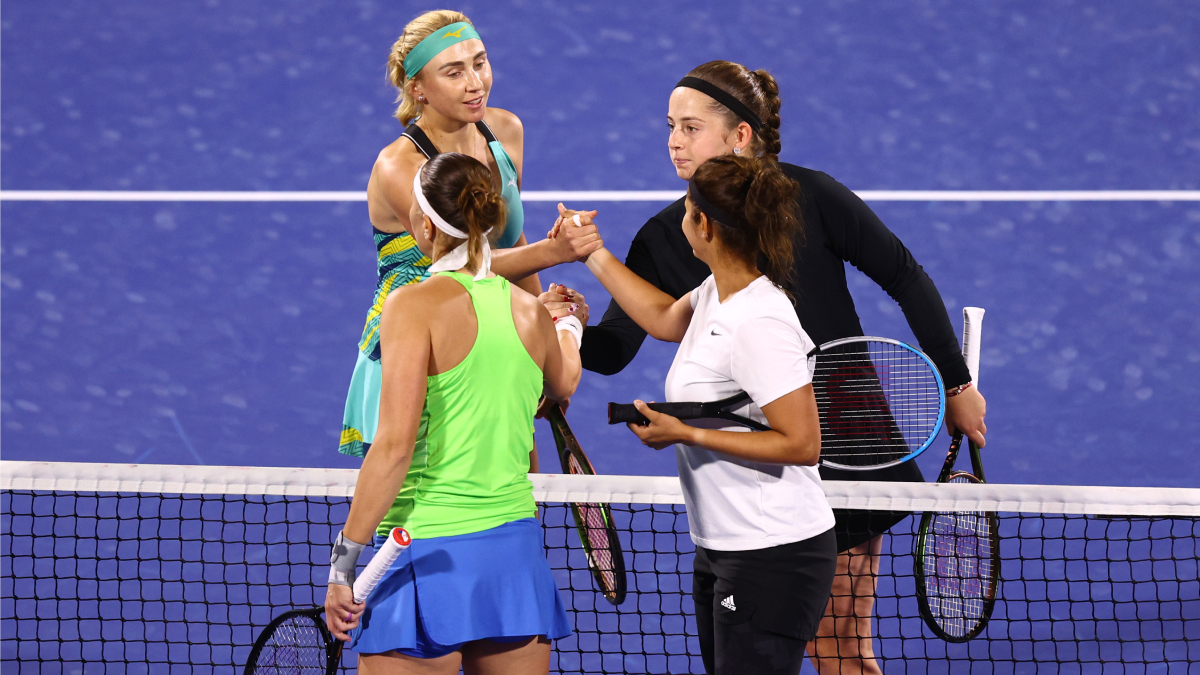 After dominating the first set, Sania and Hradecka lost 6-2, 2-6, 7-10 to Lyudmyla Kichenok of Ukraine and Latvia’s Jelena Ostapenko on Friday night.

The Indo-Czech duo, which had received a wild card for the tournament, saved 11 break points while converting two of the three in the first set to take a 1-0 lead in the WTA 500 tournament.

However, the two were unable to keep the momentum going as Kichenok and Ostapenko levelled the proceedings in the second set and then eventually sealed the match in their favour.

The veteran Indian had won the doubles title here in 2013 with USA’s Bethanie Mattek-Sands.

The 35-year-old, who is India’s most accomplished woman tennis player, having won six Grand Slam titles, including three mixed doubles trophies, had earlier announced that 2022 would be her last season.