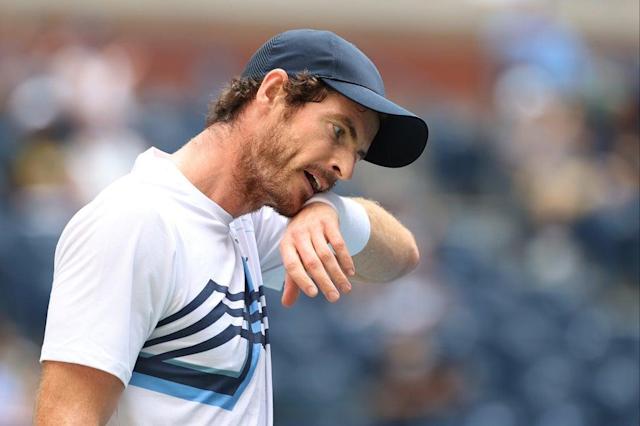 San Diego: Andy Murray’s bid to reach quarter-finals in consecutive weeks ended with a mistake-filled 7-5, 6-4 loss to No 2 seed Casper Ruud at the San Diego Open on Thursday night.

The match was even at 5-all but turned when Murray, a three-time Grand Slam champion and former No 1-ranked player who is now 109th, allowed the first set to slip away entirely and also fell behind early in the second by dropping five consecutive games.

That included a stretch of seven consecutive unforced errors off the racket of Murray, a 34-year-old who is still working his way back into form after two hip operations and a series of other injuries.

“On the opposite side of the net from me was a legend of the game,” said Ruud, a 22-year-old from Norway who is ranked a career-high No 10 and helped Team Europe win the Laver Cup exhibition event last week.

Ruud called Murray “an inspiration” — both for the way he was a star of the sport in the past and the way he has fought to return from his hip problems. Murray’s run at a tournament in Metz, France, last week was his first ATP quarter-final appearance since October 2019.

But it’ll be Ruud who plays in that round Friday as he pursues what would be a tour-leading fifth title of the season. Ruud faces No 9 seed Lorenzo Sonego of Italy, who beat 21-year-old American Sebastian Korda 6-4, 6-3.

Other quarter-final matchups will be No 1 seed Andrey Rublev against No 6 Diego Schwartzman, No 4 Denis Shapovalov against Cam Norrie, and Aslan Karatsev against Grigor Dimitrov or August Holmgren, who plays tennis at the University of San Diego.

Holmgren lost in qualifying for the hard-court tournament that was added to the schedule when Asian events were called off because of the pandemic, but he was able to move into the draw after No 3 seed Felix Auger-Aliassime pulled out because of an upper leg injury.

Shapovalov erased a big deficit and six set points in the opener en route to a 7-6 (7), 6-2 victory over Taylor Fritz. Shapovalov, a 22-year-old left-hander from Canada, fell behind 4-1, love-40 at the outset.

“It was happening quick out there,” said Shapovalov, who had a first-round bye while Fritz played — and won — on Monday. “Super happy to kind of just, like, dig my way out of it.”

He held serve there and eventually get to 4-all. Fritz earned his first two set points while leading 6-5 as Shapovalov served; one went away with a service winner, the other with a forehand winner.

Then, in the tiebreaker, Fritz went up 6-3 and wound up with a total of four more set points, the last of which came at 7-6 after Shapovalov netted a forehand and screamed at himself.

That’s when everything changed. Shapovalov used a volley winner to save that one, sparking a run in which he collected 15 of 17 points to take that set and a 3-0 lead in the second.

“After I yelled … I released myself and allowed myself to free up and just play really, really good tennis from there on. I felt like I was much more relaxed and free from that moment on,” Shapovalov said. “And obviously, when you win a set like this, it’s a confidence booster and I was trying to take advantage of that.”

Norrie got to his career-best ninth quarter-final of the season by eliminating No 8 seed Dan Evans 7-6 (3), 6-3 in an all-British matchup. Karatsev, an Australian Open semi-finalist in February, beat No 5 Hubert Hurkacz, a Wimbledon semi-finalist in July, 5-7, 6-4, 6-2.